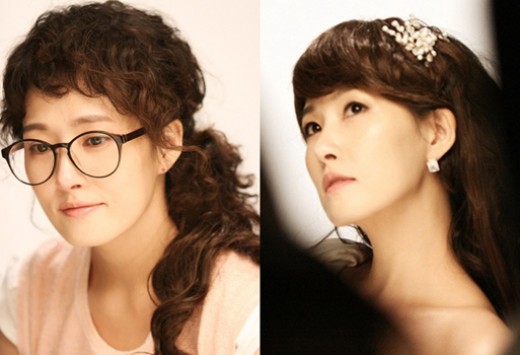 Actress Kim Sun-ah is back with the Scent of a Woman.

Kim Sun-ah has been cast for the lead female role of SBS TV "Scent of a Woman" and she uploaded pictures on her Facebook of her on the drama poster set.

Kim Sun-ah in the picture is wearing dark rimmed glasses with curly hair but her teary eyes gave her a nice look.

Kim Sun-ah's new image pictures drew eyes and she was giving off the scent of a mature woman.

She also looks far thinner than before. She mentioned she had gone through a great deal to lose weight and to adjust to the character in the drama.

She said, "I am working hard to maintain my weight for the character. I will see you guys as Yeon-jae who lives her life to the fullest so you can look forward to that".

Meanwhile, "Scent of a Woman" a romantic comedy that delivers the message "What you're doing now is happiness" by director Park Hyeong-gi and writer No Ji-seol. To be broadcasted on the 16th of July.

"Kim Sun-ah diet and improved act"
by HanCinema is licensed under a Creative Commons Attribution-Share Alike 3.0 Unported License.
Based on a work from this source