King of period films takes his career in a new direction 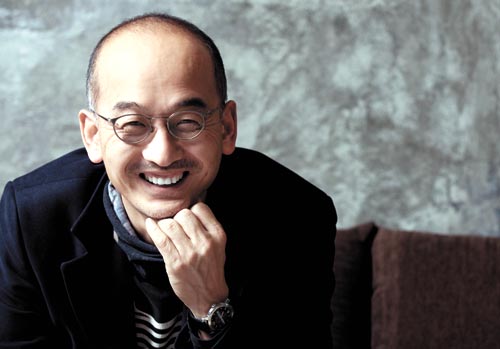 After a career spent making period dramas, Lee Joon-ik has announced he is calling it quits.

In a sudden announcement over the weekend, director Lee Joon-ik said he was leaving commercial filmmaking.

"Congratulate me. I'm quitting directing because the audience [for his recent film "Battlefield Heroes"] was just 1.7 million, far fewer than the 2.5 million we had expected", Lee wrote on his Twitter page.

He will, however, continue to work in film, with a focus on independent and documentary productions.

Before "Battlefield Heroes" was released on Jan. 27, Lee had often told the media that he would retire from commercial filmmaking if his next film was a failure.

People speculate he is giving up commercial filmmaking because he hasn't yet been able to duplicate the success of his 2005 megahit "The King and the Clown", which was the first film to attract 10 million moviegoers and still remains the highest-grossing film in Korean history.

The film, his third, catapulted the director to stardom and allowed him to pursue his passion for making period films. In fact, four of Lee's eight films, including "Battlefield Heroes", have been historical dramas.

"Many Korean teenagers are well aware of Japan's Battle of Sekigahara because it is often depicted in Japanese comics", Lee said during a recent interview with the JoongAng Ilbo.

"But they don't know much about Korean history. They don't even know who General Gyebaek is or what the Vietnam War means to Korea.

"The United States has a 230-year-long history and ours is about 5,000 years old. But American history books are much thicker than ours. And history is a mandatory subject [in the U.S.] but is optional for us", Lee said, referring to a change in education law that makes Korean history optional for all students.

Here are excerpts from a recent interview with Lee. Since the interview was conducted before Lee's announcement, much of the interview centers on his passion for Korean history and period films. When he made the announcement, Lee was in Mongolia shooting a documentary about the environment and was therefore unavailable for comment. 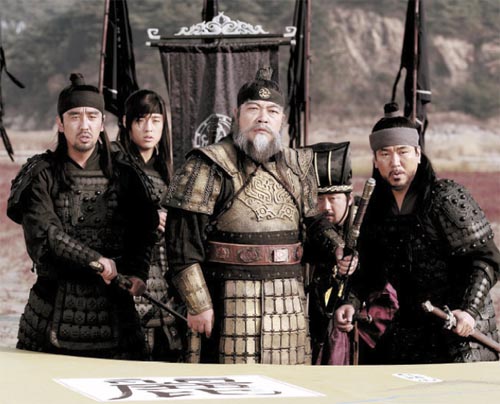 Q. Why have you continued to make period films?

A. Korea's economy has grown dramatically over the past 50 years. I think it's time for us to think about our own cultural values and to produce cultural products based on that.

Culture is based on literature, history and philosophy. Of the three, I think history is the most important. But because we are often exposed to (cultural products) based on Western history, I think we tend to forget about our roots.

Even in the film industry it's hard to find period films that were made after the '80s.

I see your point. But most of your films are only loosely based on historical events and contain fictional elements. For example, in "Battlefield Heroes", Silla helps Goguryeo, even though in reality Silla formed an alliance with the Tang Dynasty.

I'm not saying that every period film has to be entirely based on fact. The most important thing for a period film is to make a connection between historical events and current ones in order to get moviegoers interested in the story. The confrontation between Silla and Goguryeo (in "Battlefield Heroes") reminded me of the current situation between North and South Korea.

(Silla, Goguryeo and Baekje ruled the Korean Peninsula during the Three Kingdoms period from 57 B.C.-668.)

It's been said that you mock historical figures in your films.

I just try to portray historical figures as ordinary people with greed and ambitions, just like everyone else.

How do you feel about young Koreans who are indifferent to history?

Before the release of "Once Upon a Time in a Battlefield" ("Hwangsanbul") in 2003, my team did a survey of young students and we found that almost half of them didn't know who General Gyebaek is.

When my other film "Sunny" (2008) was released, we did another survey of teenagers and found that they didn't know that Korea had sent troops to the Vietnam War. I was really stunned.

(General Gyebaek was a general in the Baekje Dynasty. He is famous for his winning spree during the Battle of Hwangsanbeol against an ally of Silla in 660.)

Do you have any suggestions for improving history education?

It seems like people try to draw a sharp line between official and unofficial history. Instead of doing that, I think it would be better to teach both official and unofficial history. Look at Korean pottery. It's some of the world's best. The potter who made the best pottery of his or her time is a real hero. Ondol (the traditional Korean floor heating system) is used in some European countries these days. The person who invented ondol is also a hero. Don't you think it would be interesting to learn about these people in history classes?

Were you good at history when you were in school?

No. I'm one of those victims of the Korean education system, when students had to learn the whole history book by heart. That type of learning doesn't last that long.

Do you think Korean myths are good material for film?

The history of Gojoseon (an ancient Korean kingdom) is like a treasure trove for us.

You made your directorial debut in 1993 with a family film titled "Kid Cop". What inspired you to make it?

I often took my son to the movies and realized we had no choice but to watch Hollywood movies. It was pretty much the same when I was in school. All we had were Western movies. So I decided to make films for families and children.

Is it a burden to be the first director to attract 10 million viewers?

Yes. Audiences expect me to make films like "The King and the Clown" and "Radio Star" (2006) again, but I am always trying to come up with something new.