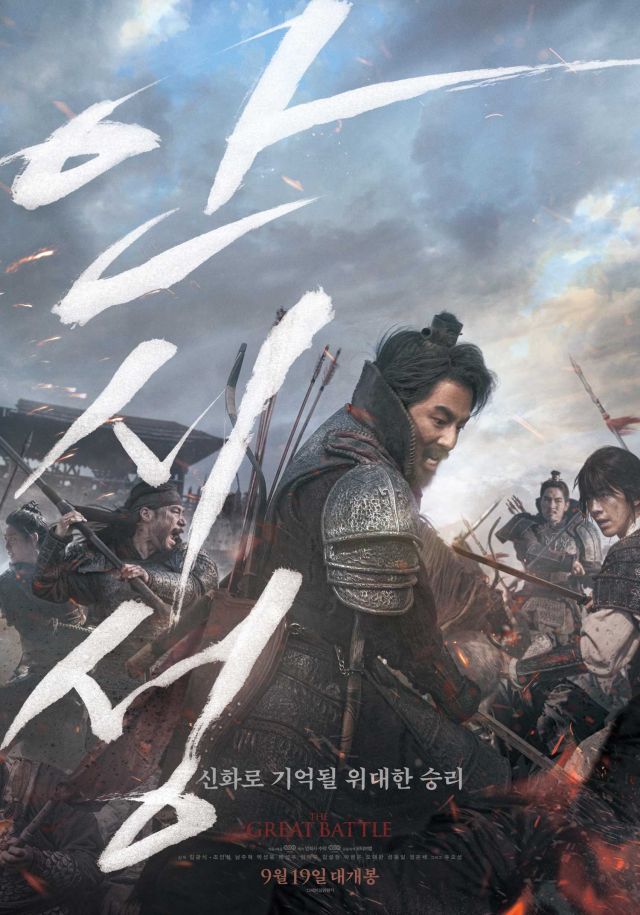 "The Great Battle" attracted over 3 million viewers as of Wednesday as the historical action film swept the box office during Chuseok or Korean Thanksgiving.

The Korean Film Council said the film drew 3.12 million viewers in about a week since its release on Sept. 19.

Among all Korean films released so far this year, the film is the second fastest to achieve the feat after "Along With the Gods: The Last 49 Days", which drew over 10 million viewers last month.

The mega war film, whose production cost was about W22 billion, depicts an epic battle in which troops fight against 500,000 invading forces (US$1=W1,117).

"Mega War Film Sweeps Box Office Over Chuseok"
by HanCinema is licensed under a Creative Commons Attribution-Share Alike 3.0 Unported License.
Based on a work from this source