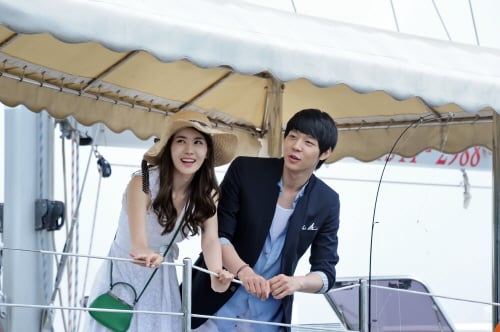 MBC drama "Miss. Ripley" is in first place with the end almost near.

According to AGB Nielsen Media Research on the 19th, "Miss. Ripley" on the 18th rated 15% on a national average.

With the Cin Jeong-ah case as its motive, the drama is about a woman lying about her life and succeeding but in the end collapsing. It is the one and only sincere romantic drama out of the comic ones recently and is quite popular among viewers.

""Miss. Ripley" first place, 15%"
by HanCinema is licensed under a Creative Commons Attribution-Share Alike 3.0 Unported License.
Based on a work from this source