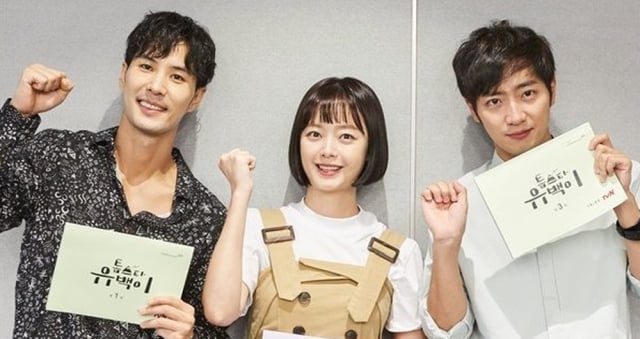 The city and the island folk meet in the script reading for upcoming island rom-com, "Top Star Yoo Baek". The series has released photos of the event, and we can see many actors from its lovely casting ensemble, in what was reportedly a very pleasant event.

"Top Star Yoo Baek" is a described as a 'culture clash romance' telling the story of the titular hero, who was exiled to a remote island after causing a big incident, and his meeting with local woman Kang-soon. The script reading, which was held on the 9th, was attended by Kim Ji-suk, Jeon So-min, Lee Sang-yeob, Lee Han-wi, Jung Eun-pyo, Heo Jin, Sung Byung-sook, Jung Yi-rang, Ye Soo-jung, Heo Jung-min, Kim Jung-min, Lee Ah-hyun and more.

Kim Ji-suk's Yoo Baek is characterized as a complete narcissist who has locked the door to his heart, so the ways in which his world changes when he meets the bright and charming Kang-soon are reportedly a point to look forward to.

Kang-soon is 100% an island maiden who would tackle a wild boar if necessary, and according to previously released information, a diver. Jeon So-min reportedly made the character very entertaining and charming, while we can look forward to her use of a dialect for the role.

Lee Sang-yeob plays Choi Ma-dol, who was previously reported as a highly successful captain. This deep sea fishing boat leader is somewhat of a local celebrity due to his singing for the island grandmas. As you can imagine, good laughs were had at the script reading.

According to the crew, the entire event was so fun, that the three hours went by in the blink of an eye, while all the actors immersed themselves in roles that feel made for them. It looks like an all around pleasant environment, and I hope that the drama will be as relaxing and bright as it sounds. "Top Star Yoo Baek" will premiere in November, on tvN. 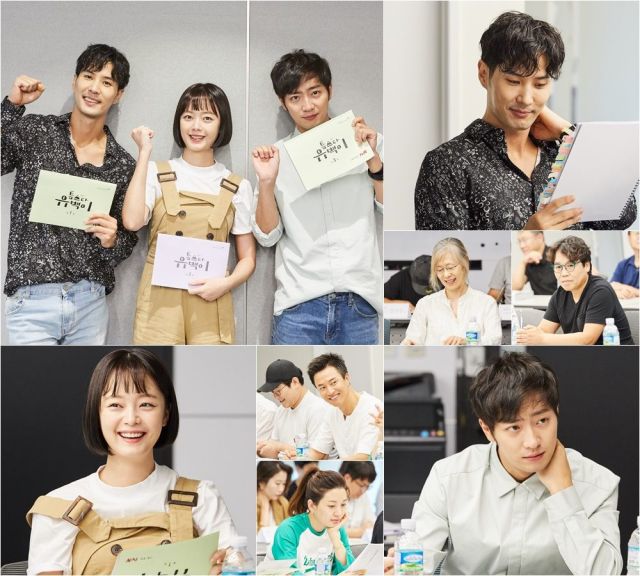