Rookie Actor Hopes to Impress with More Films in Pipeline 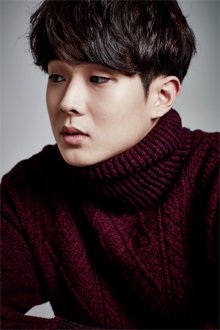 Choi Wooshik continues to go from strength to strength as an actor. Last year, he won several awards for his role in "Set Me Free", becoming one of the most sought-after rookies in the film industry.

This year, he hopes to further captivate audiences with a couple of films in the offing.

Choi's latest film, "Train to Busan", directed by Yeon Sang-ho, will be shown out of competition at this year's Cannes Film Festival in May. Choi also appears in the soon-to-be-released romantic comedy "The Princess and the Matchmaker", and is currently working on a new project.

The disaster film "Train to Busan" tells the story of passengers on a train who struggle to survive amid a mutant virus outbreak.

"Rookie Actor Hopes to Impress with More Films in Pipeline"
by HanCinema is licensed under a Creative Commons Attribution-Share Alike 3.0 Unported License.
Based on a work from this source