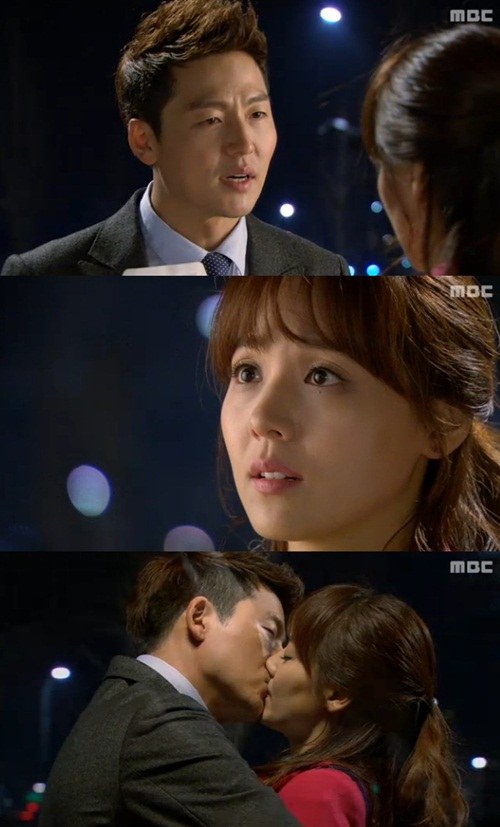 On the thirty-second episode of the MBC weekend drama "A Hundred Year's Inheritance", Lee Se-yoon (Lee Jung-jin) found the letter of resignation from Min Chae-won (Eugene) on his desk and went out to find her.

Min Chae-won was previously threatened by Baek Seol-joo (Cha Hwa-yeon) to get away from Lee Se-yoon. She indirectly told her to quit the company and criticized her status. Min Chae-won decided to quit for the sake of Se-yoon and herself.

However, Lee couldn't accept this. He was prepared to fight with his mother just like he did 3 years back when he was desperately in love with Eun-seol (Hwang Sun-hee).

Lee Se-yoon showed Min Chae-won the letter and said, "Who told you to write this kind of thing?" He ripped it into pieces and kissed her right away, showing her how he felt about her.

"[Spoiler] "A Hundred Year's Inheritance" Lee Jung-jin kisses Eugene "
by HanCinema is licensed under a Creative Commons Attribution-Share Alike 3.0 Unported License.
Based on a work from this source