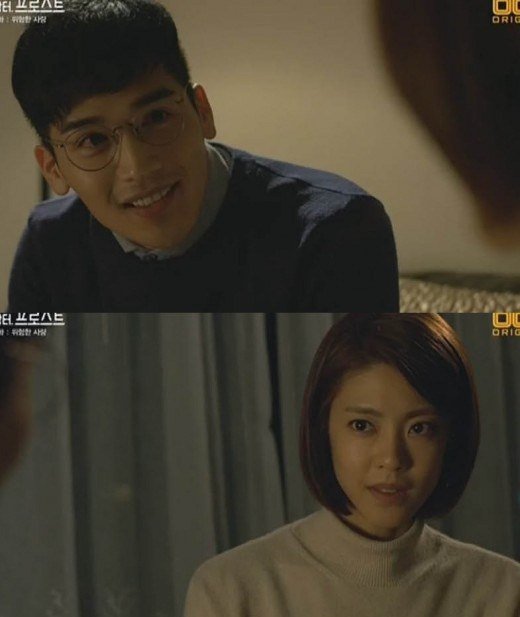 Do-han (Yoo Gun) had his own wedding out of love for Seon (Lee Yoon-ji) on the fourth episode of OCN drama "Doctor Frost".

Seon was kidnapped by Erotomania. Frost (Song Chang-eui) tracked down the kidnapper who turned out to be Do-han. The one who blackmailed Seon was also Do-han.

Do-han and Seon's schedules were exactly the same and he had a drawer full of Seon's pictures.

Do-han had planned a wedding with Seon after kidnapping her and had made wedding invitations.

Seon, however, stayed calm and equaled to the occasion. She ate nuts that she was allergic to and showed that she was suffering. While Do-han was in panic, she used his phone to call Seong-ah (Jung Eun-chae) and Frost to tell them where she was.

However, Do-han knew what she was up to and said, "You did that on purpose. After you said you loved me?" Frost caught Do-han.

"[Spoiler] "Doctor Frost" Yoo Gun's twisted love for Lee Yoon-ji"
by HanCinema is licensed under a Creative Commons Attribution-Share Alike 3.0 Unported License.
Based on a work from this source