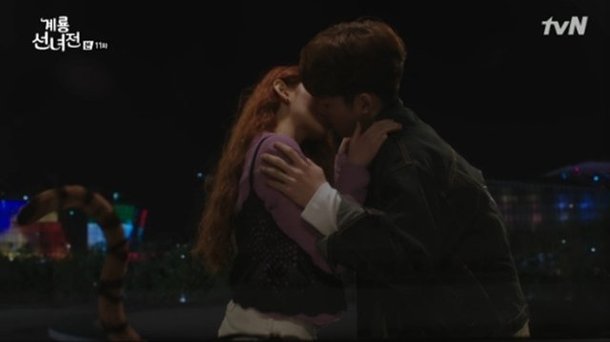 On the latest episode of the tvN drama "Mama Fairy and the Woodcutter", Jeom-soon (Kang Mina) went on a date with Uhm Kyeong-sool (Yoo Jung-woo).

Jeom-soon knew Sun Ok-nam (Moon Chae-won) would come home late and went out with Uhm Kyeong-sool. Jeom-soon asked him if he had a secret for her and that she had one him. He said, "I do but I don't think I can tell you".

Uhm Kyeong-sool closed in on Jeom-soon and she tried to avoid him, but he grabbed her for a kiss. He checked that his car was recording the kiss on the black-box, but Jeom-soo didn't know anything. Jeom-soon's tiger tail had popped out while kissing, but she didn't know that it was all on camera.

Uhm Kyeong-sool secretly watched the video at school. Jo Bong-dae (Ahn Young-mi) happened to see it and realized it was Jeom-soon in the video. He decided to teach Uhm Kyeong-sool a lesson. Ignorant of the betrayal, Jeom-soon was upset that she couldn't reach him the next day. 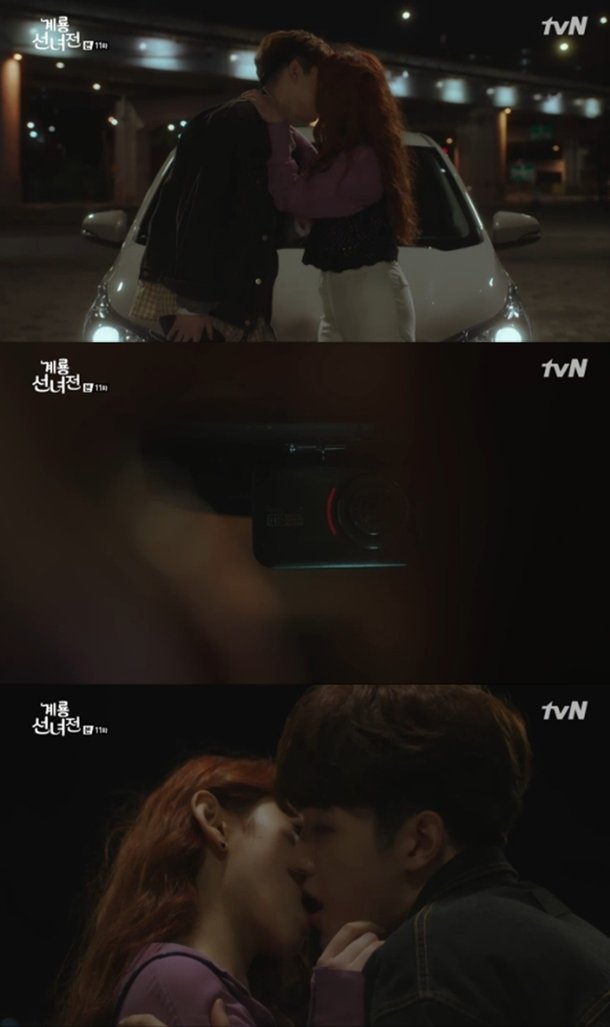 "[Spoiler] "Mama Fairy and the Woodcutter" Yoo Jung-woo Kisses Kang Mina for Nefarious Reasons"
by HanCinema is licensed under a Creative Commons Attribution-Share Alike 3.0 Unported License.
Based on a work from this source