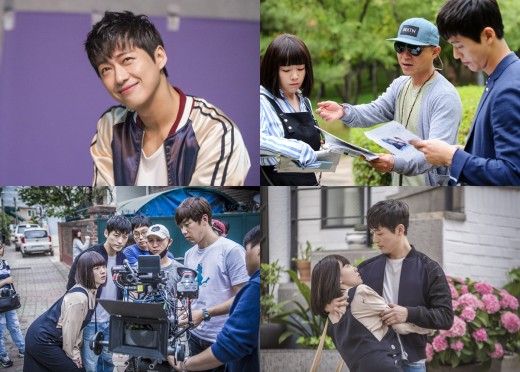 The special requests that "Beautiful Gong Shim" producer Baek Soo-chan made to Namgoong Min have been revealed.

Namgoong Min already has a tight relationship with producer Baek Soo-chan through his previous drama, 'The Girl Who Sees Smells'. The producer revealed that he had met Namgoong separately before they enter the production of the drama.

The producer asked Namgoong Min to begin filming after erasing all the traces of Nam Gyu-man from "Remember". And then he asked the actor, "To erase everything about Nam Gyu-man, 'Do not show your forehead', 'Do not talk slowly' and 'Show clean and innocent smile'".

Prior to his new role in "Beautiful Gong Shim", Namgoong Min perfectly brought his villain roles to life in his two previous dramas, "Remember" and 'The Girl Who Sees Smells'. The producer wanted to remove any risks that his previous image may hinder viewers of the new drama from immersing themselves into the new drama.

Producer Baek said, "Namgoong Min perfectly followed my requests before he started filming. He has become Dan-tae perfectly, no one else".

"Beautiful Gong Shim" airs at 9:55 PM every Saturday and Sunday.

"The three special requests to Namgoong Min from 'Beautiful Gong Shim' producer"
by HanCinema is licensed under a Creative Commons Attribution-Share Alike 3.0 Unported License.
Based on a work from this source