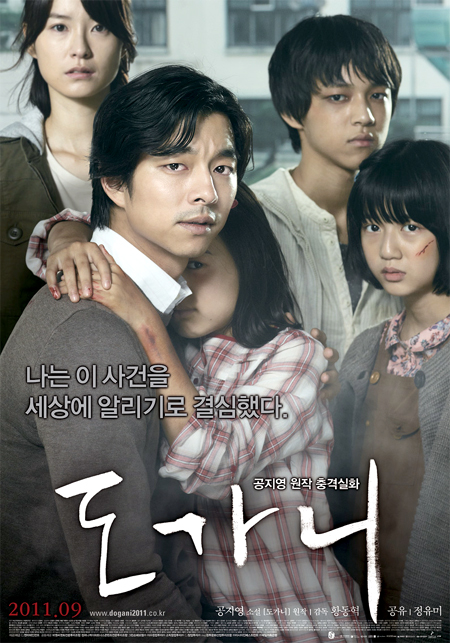 A scene featuring the sexual harassment of a disturbed child in the movie "Silenced", which is based on a true story, is expected to bring great impact.

At the movie premier on September 6th in Seoul, the movie debuted the scene of sexually harassment, which is a true case that caused a great social uproar in the past. With all but the ending of Gong Ji-yeong's novel which notified the world about this case, "Silenced" shows various scenes with abuse and sexual violence to deaf children.

The children who took on the role of the handicapped kids are in their teens. They acted out the abuse of these deaf children from a school for the deaf in a small city with sobs. However, right after the preview, there was concern about the fact that these young children had to act out these violent scenes themselves.

Director Hwang Dong-hyuk said, "It wasn't easy casting and shooting this movie. We made sure the parents were present at the scenes, thinking it must be very difficult for the children to act them out, and we were always worried that they might get hurt".

"Silenced" is based on a true story that happened in 2004 in a school for challenged children in small town.

"True story: "Silenced" shows the sexual harassment of a handicapped child"
by HanCinema is licensed under a Creative Commons Attribution-Share Alike 3.0 Unported License.
Based on a work from this source