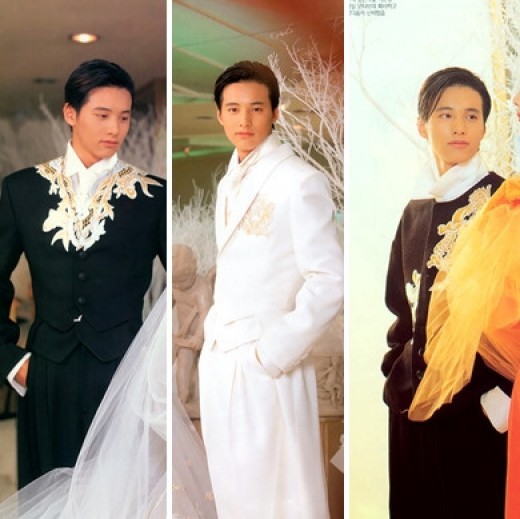 Actor Won Bin's pictures from the past were revealed.

On an online community bulletin, pictures were posted with the title "Won Bin 13 years ago".

In the picture, Won Bin is styling an out-dated hairstyle and wearing a fancy tuxedo. However, he still looks like the same as he did then.

Netizen's said, "The face covers up the fashion", "He seems better now, did he rejuvenate?", "The clothes ruin his face!" and more.

"Won Bin from 13 years ago... nothing's changed"
by HanCinema is licensed under a Creative Commons Attribution-Share Alike 3.0 Unported License.
Based on a work from this source