Younha says waiting for BoA's new album like an iPhone 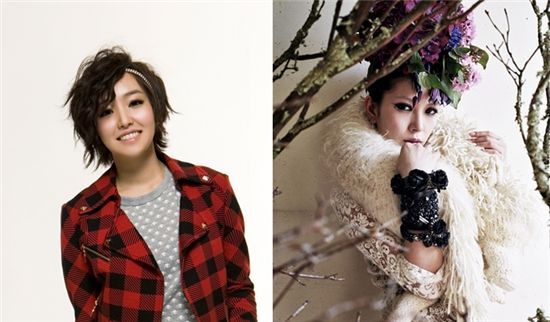 Korean singer Younha has said that waiting for pop star BoA's upcoming sixth album release is similar to waiting for an iPhone.

The singer posted a comment on her Twitter page (http://twitter.com/younhaholic) on Friday, saying "senior singer BoA's 'The Person Next To Me'.. ㅜㅜ [waiting for] sixth album almost feels like waiting for an iPhone ㅜㅜㅜㅜㅜㅜ".

Younha and BoA have both enjoyed successful music careers in Korea and Japan, with the former often stating in interviews that she "always feels honored to be described as 'the second BoA'".

BoA, one of the most active K-pop stars on the international scene, debuted in August 2000 with album "ID; Peace B". She has released eight studio albums in Korea, six in Japan and made her U.S. debut in March 2009. Her last album in Korea was "Girls on Top", released in 2005.

She will be going on a world tour titled "SMTOWN LIVE '10 WORLD TOUR" with the rest of her SM labelmates including Kangta, Yunho Yunho, Changmin Lee Changmin, Super Junior, Girl's Generation, SHINee, f(x) and TRAX starting in Seoul on August 21.

BoA will be revealing the title track "Hurricane Venus" on August 2 thru various online music sites including Bugs, Dosirak, Melon and Soribada. The album, of the same name, will be released three days later.

Younha, 22, is nicknamed the "Oricon comet" for her success in Japan. She released her debut album "Go! Younha" in Japan in 2005 and enjoyed a comeback to the local music scene with her third album "Part B. Growing Season", released in Korea last December.