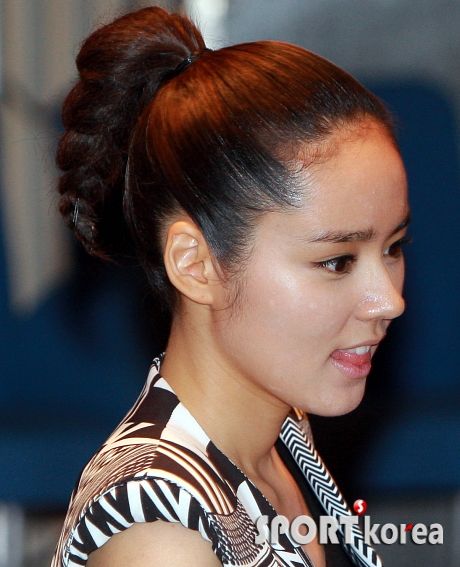 Actress Han Ga-in has been at the press release of the SBS drama, "Bad Man".

She is the materialistic, elitist Moon Jane, who has self ambitions in her work as an art consultant in a Gallery.

This drama is a lot about the thrilling and risky survival game and destiny of reaching the position of power with love and ambition getting in the way.

This powerful melodrama will be released on television on 26th.

"[ChanMi's star news] Nose like a doll"
by HanCinema is licensed under a Creative Commons Attribution-Share Alike 3.0 Unported License.
Based on a work from this source