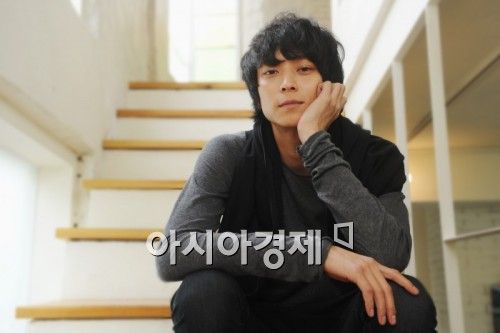 Korean actor Gang Dong-won will enter the military today, according to multiple sources in the entertainment business.

The sources told Asia Economic Daily's Sports Today on Thursday that Kang, 29, will enter the Nonsan training camp in the South Chungcheong Province around 1 p.m.

He will undergo four weeks of basic training at the camp as part of fulfilling Korea's two-year mandatory military service and serve as a public service worker for the remaining period, the sources said.

Kang's agency however, declined to confirm the news. For months, they had denied a date has been set while adding the actor wishes to enter the military quietly, and today remarked, "We can't say so even if it was today".

Kang rose to stardom in 2004 after appearing in the film "Temptation of Wolves". This year, he starred in critically acclaimed film "Secret Reunion" alongside top Korean actor Song Kang-ho and then in three-part omnibus film "Camellia", which was the closing film at this year's Pusan International Film Festival.

His latest film "Haunters" which premiered on November 10, topped the weekend box office after becoming the movie to see the highest advance ticket reservation rate this year.

In less than a week of showing in theaters, the pic also starring top Korean actor Go Soo, attracted over one million moviegoers.