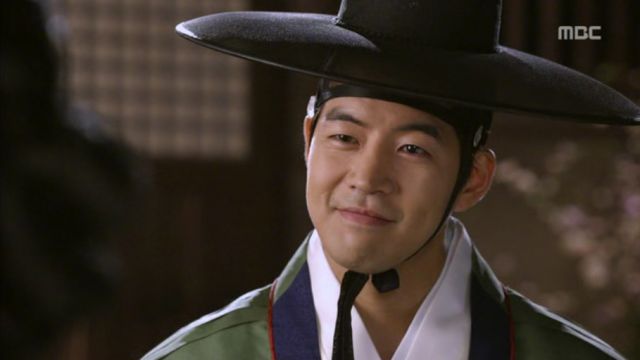 "Goddess Of Fire Jeongi" is moseying right along. It gives us tons of cute. It gives us some political intrigue. It gives us a few solid relationships. These things save it from being pedantic because this predictable plotline needs some saving. Not one scene held surprise because the outcome was obvious. However, the acting and the adorable character relationships keep the show together.

Rather than fight over a jar, this time the royal consort Inbin and her minions wage war against Prince Gwanghae over a jade belt. It's always something. Jar, jade belt. Po-tay-toh, po-tah-toh. The bad guys win this round: Gwanghae is demoted from head of the Punwon Kiln to second in command. His youngest brother, Shin-sung, is promoted above him. This could be an ugly moment, but it is used as a vehicle for brotherly love amidst political strife. It's also used to teach young Shin-sung (and us) about running the kiln, which I find fascinating. This show is about an artist; let's see some art! 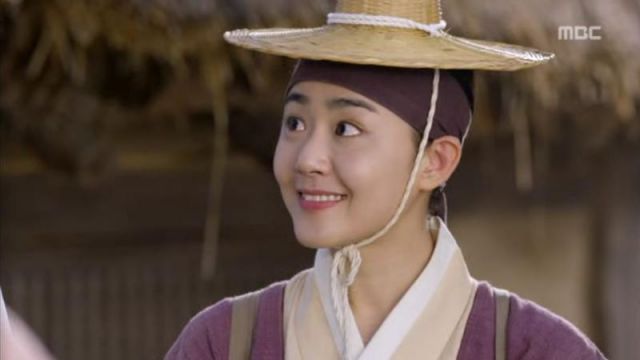 Speaking of art, one of the main characters, Hwa-ryung (Seo Hyun-jin), has grown up under the tradeswoman who deals with Kang-chun and the Punwon Kiln. While there were glimpses of it before, it is finally clear that Hwa-ryung is a very ambitious woman. She holds her own during a shady deal, but still gets ripped off. She agrees to win over Yook-do for the sake of the business despite her love for Tae-do. The show really makes good use of this sequence to reveal more about Hwa-ryung and Yook-do, to give us some art goodies, and to film in some beautiful locations. This is what the jar episode should've done: taken a single idea (the jar) and used it to fill out characters and storylines and visual components. Instead, it ran linearly, full speed ahead, and wasted an entire episode with events that could've taken fifteen minutes of explanation.

One of the highlights of the episode was the time that Gwanghae spends with Jung at the beginning of the episode. They are unaware of each other's identities, ignorance times two: he lies about his identity as Prince Gwanghae; they don't realize their childhood connection. Therefore, the viewer is left in suspense, waiting for them to recognize each other and it's glorious. I love wondering when the big reveal will happen. And I love that the time they spend together is just as antagonistic as it was when they were children. She strings him along, telling him she knows where the thief of the jade belt went and he has to follow because that stupid belt has such significant political ramifications. In the end, he leaves her (who he believes to be a very weak, very small man) because he realizes she's useless. But the time was adorable and really builds anticipation for the future. 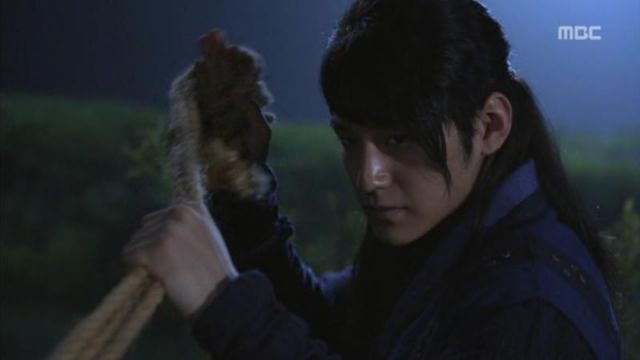 A bone that I have to pick is with the fight scenes. They are ridiculously awkward. In one scene, Gwanghae fights off some thugs and the filming and choreography is so choppy that I have no idea what is going on. In another, Tae-do fights off porcelain thieves with a rope. It should be cool, like the "City Hunter" with his spoon, but it's just confusing. What Tae-do's fight scene does give us is a a voice over stating the fact that he's still looking for Eul-dam's assassin - and he's missing Jung. Luckily for him, he finds her bag with the shoes he gave her years ago and searches her out. They meet at the end of the episode. Hooray! One childhood friendship restored. On the other hand, the meeting was not very exciting because, as per usual, the writing was predictable.

What this show needs to do is work on it's reveals. History tells us Gwanghae's and Jung's stories. "Goddess Of Fire Jeongi"'s job is to fill in the details and make them exciting. So make it exciting!