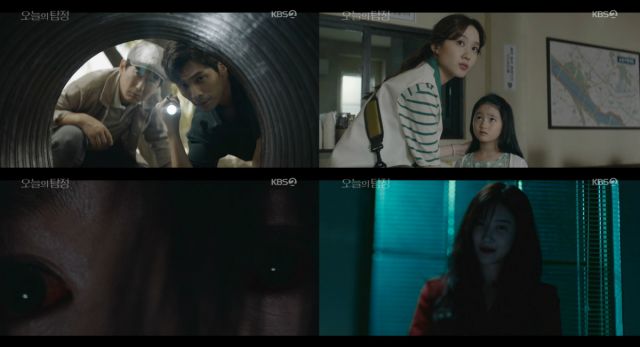 "The Ghost Detective" is here to sink his figurative teeth into the case, and his physical ones into demons. In what is one of the most exciting premieres I've seen in a while, the resilient, highly intelligent, spirit-biting detective and his resourceful, stubborn sidekick are up against a terrible foe working with - or perhaps on - equally terrible living persons. Join me for good ol' horror and mysteries.

I know a series is after my own heart when it opens with our hero fighting his way out of a shallow grave to the tunes of a golden oldie. From the "Stranger Things"-esque score to the agency's old timey style matched by the investigators' fashion, to the choice of color palette, everything is just so pleasing to experience, and well thought-out. I particularly love the black and white ballet hall, with the pivotal character breaking the pattern with blue. 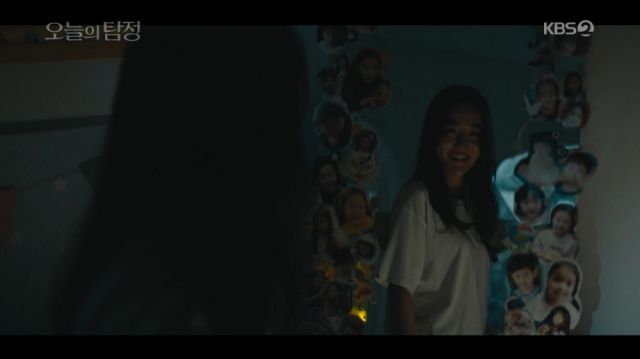 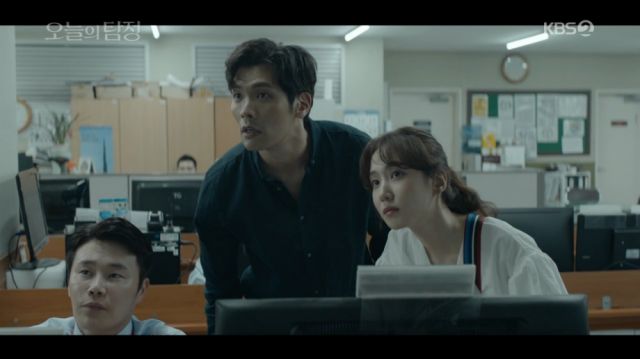 The episodes introduce our characters, and although still basic, the cast sells them. Choi Daniel has the stuff of a manly hero, but being able to effortlessly swap demeanor means that he can handle the undercover work and the personalities needed for it very well. Park Eun-bin is a certified badass whose plucky facade isn't overly animated. That is a job for Kim Won-hae, who is a master at it. The guests are great, and Lee Ji-ah has a chilling introduction.

I was eager to see the handling of the supernatural elements, and slightly worried about them, but these opening episodes are showing me some great potential for solid spooks. The horror elements are paced well and woven nicely into the mystery, they rely on mostly practical effects, and they don't stay long enough for the scare factor to wane. These are common horror mistakes that I hope the series will continue masterfully avoiding. 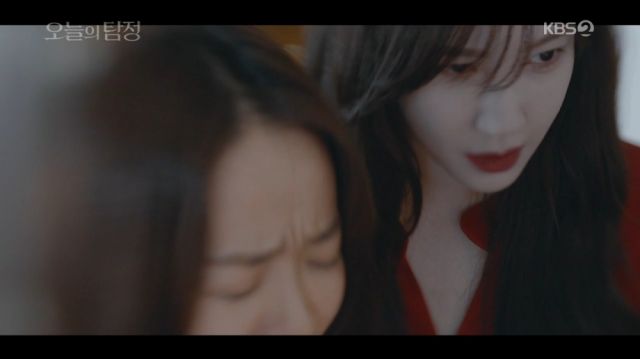 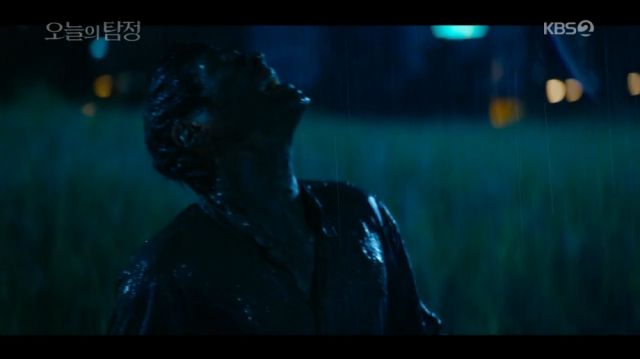 Another element I hope lasts is the attention to detail, particularly in terms of foreshadowing. I'm very amused by the opening of "She" by Elvis Costello hinting at the villain, and by Lee Da-il (Choi Daniel) stating that the child may not have been taken by a human, which applies to both the dog and the spirit. A good mystery provides solvable clues for viewers that only become apparent when their knowledge catches up.

"The Ghost Detective" paces its revelations well. Jeong Yeo-wool's backstory may be known to many due to the drama's promotion, but keeping it between our heroes is a good call for a premiere. We also don't know if Lee Chan-mi (Mi Ram) was mentally unsound before the spirit got to her, if it caused this, or if there is a separate spirit to our Woman in Red involved. Can Da-il see ghosts in general? Can Yeo-wool? I can't wait to find out. I'm fully into this.