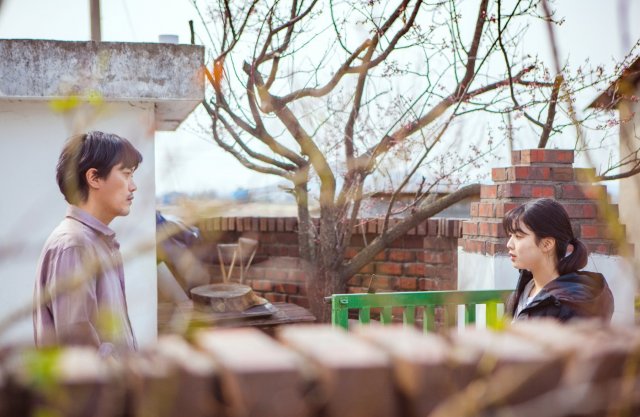 At the beginning of "A Haunting Hitchhike" Jeong-ae (played by Roh Jeong-eui) and her best friend Hyo-jeong (played by Kim Bo-yoon) impulsively take a trip out to the countryside. They're out looking for parental validation, of a sorts. Their adventure starts girlishly enough, with one giggly scene on the bus being an obvious standout. But then the story takes a dark turn, as Jeong-ae and Hyo-jeong begin to grasp that being out on their own in the darkness in the middle of nowhere is not an ideal position.

No, "A Haunting Hitchhike" is not an exploitation film, although this somewhat misleading preamble to the story certainly makes it sound like one. The movie is more of the mundane independent fare, as Jeong-ae tries to navigate her turbulent teenage years with a faint sense of optimism while her father Yeong-ho (played by Kim Hak-sun) is giving vaguely suicidal sounding speeches about how comforting it can be to just give up on life.

Weirdly enough Kim Hak-sun delivers his lines so that they actually kind of sound like the relatable wisdom of old age. That's the main critical narrative thrust at play in "A Haunting Hitchhike"- it presents a situation where Jeong-ae's general optimism makes her situation bearable. But at the same time her problems appear to be fundamentally unsolvable. We can see in Jeong-ae this sinking feeling that her optimism may be for nothing, but all the same, it's all she has left.

The theming is well done, although I should empathize that the movie is nonetheless long enough to be fairly tedious. A later storyline that involves Jeong-ae hanging around with Hyeon-woong (played by Park Hee-soon) and trying to make him into her new, better father figure is introduced awfully late in the story. It's a good third act, but the second act of Jeong-ae uselessly moping around back home is so long that a lot of the impact is softened.

What makes Jeong-ae intriguing as a character is that she's largely incapable of being proactive. Her solutions to problems basically consist of begging other people to solve problems for her, which works about as well as you can expect. And it's not like being proactive would be helpful in any case. Jeong-ae just doesn't have enough life experience to know how to deal with these problems, and as the first hitchhiking trip demonstrates, trying to get more experience is a really good way to just get put in unnecessary danger.

Of course, it's not that life experience is all that helpful anyway. Once again, take note of the generally unhelpful adults in Jeong-ae's life, who get by in life via persistence. Sure, they might seem to have more together than Jeong-ae does, but any one of them can and has lost something dear to them, and no amount of heroic action could have done anything to change that. Even the film's closing shot, with its glimmer of hope, is only that, a glimmer. Jeong-ae is only truly able to grow up when she accepts the possibility that the hope might never have been real.