[HanCinema's Film Review] "The Beast and the Beauty" 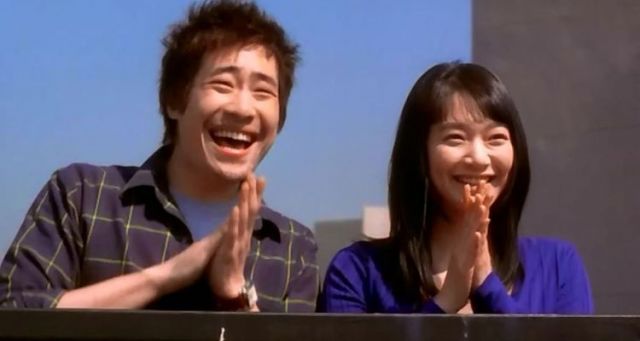 Perhaps not one of the first movies one would think about when discussing romantic comedies as a genre in Korean cinema, 'The Beast and the Beauty' is better described as a whimsical comedy with romance. It is that unique style of the plot, but also presentation of the movie which separate it from more familiar types of romantic comedies.

'The Beast and the Beauty' starts with a common and always interesting topic. Self-image. Gu Dong Geon is a shy and slightly neurotic dubbing actor for monster effects, who is very insecure about his looks, something nicely mirrored in his work of always being the beastly villain. When he falls for Jang Hae Joo, a blind musician who lives confidently with her disability, his low self-esteem and panic lead him to telling a lie. He describes himself to her as having the looks of his popular high school rival, Tak Jun Ha. When Hae Joo gets a cornea transplant, he attempts to hide from her until he can get plastic surgery and be the man he thinks she deserves. That is when the real Jun Ha enters the picture, with hilarious results. 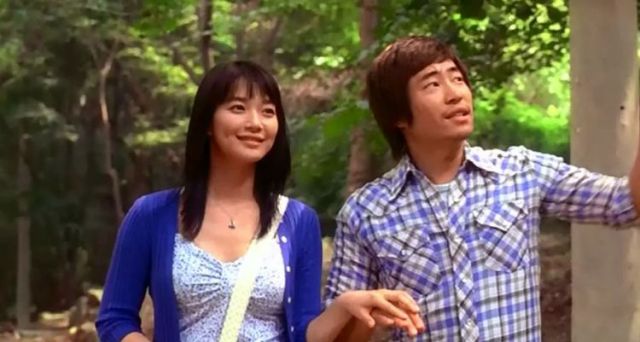 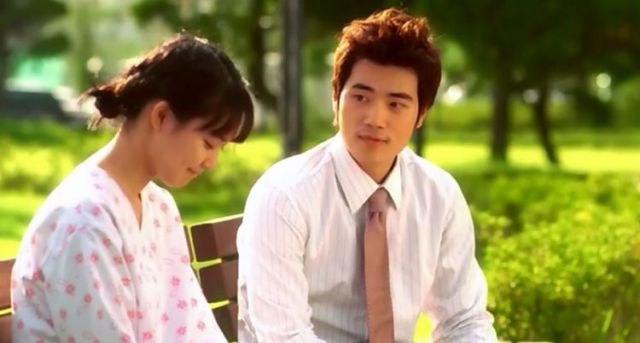 While a lot of works keep their plot light and try to play things up as being far more substantial than they clearly are, 'The Beast and the Beauty' is consistent in its fluffy comedic lightness, which actually gives it more purity and soul than a lot of those other efforts. There is hilarious comedy, simple, but adorable romance and even some heart in there. The story uses some very convenient and simplistic tropes and while the characters are all endearing and sweet, their logic and their reactions to things are not always realistic and rather serve the plot more blindly than the plot serves their own development.

Dong Geon is frustratingly insecure and ends up doing some very harmful things, but both the writing and performance by the delightful Ryoo Seung-bum enable viewers to feel for him and understand where he comes from. Hae Joo is sweet and lovable, but she is definitely the brains and down to Earth person of the movie. Shin Min-a keeps her sweet, but not annoyingly bubbly and she's good with tough love too. Hae Joo is a normal girl having to deal with two oddballs. Jun Ha's greatest quality is that he is not a Prince Charming. They don't exist. He is a normal guy, flawed even, who has simply had the privilege of looks and feeling more confident because of them. Kim Kang-woo is very good with comedy and the heart he brings to his characters is something looks can't replace. Ahn Kil-kang's contribution to the comedy is a sweet extra that really steals the show a number of times. The great chemistry of the cast brings everything nicely together. 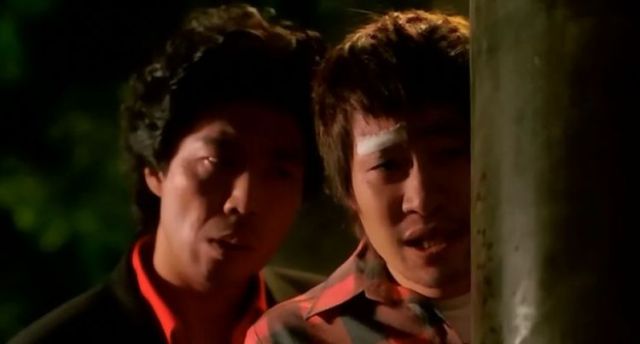 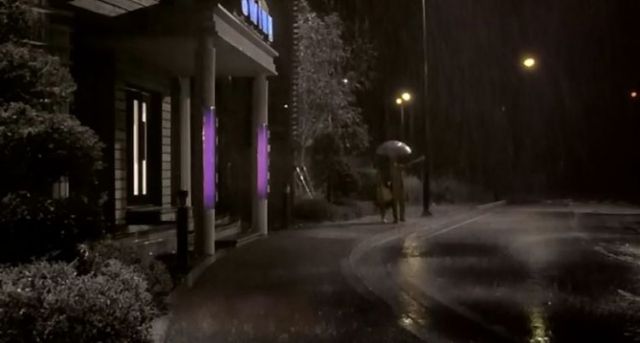 In keeping with the light and fluffy tone of the plot, the visuals and sound are just as rose-tinted and cartoonish. There are vivid colors and surrealistic scenes bring both the comedy and romance to dream-like levels that are as amusing as they are quirky. There is great detail put into the visual output, from clothing to lighting to the clever and creative use of special effects. The mise en scène and music feel very animated and active in framing the story. The soundtrack has soft tunes that carry a retro peaceful feeling to them and the main song is sung by Insooni, who also makes a special appearance as the main singer in the bar Hae Joo works at.

There is this misconception, that a lighter fictional work is automatically a shallow one, but simplicity does not have to be silly or underestimate its viewers. 'The Beast and the Beauty' might be light, but it is not brainless or effortless. What it offers is a playful and slightly child-like take on romance and what matters when it comes to attraction. It is a feel-good work with a distinctive style, which would appeal to many fans of the genre.

"The Beast and the Beauty" is directed by Lee Gye-byeok and features Ryoo Seung-bum, Shin Min-a and Kim Kang-woo.

"[HanCinema's Film Review] "The Beast and the Beauty""
by HanCinema is licensed under a Creative Commons Attribution-Share Alike 3.0 Unported License.