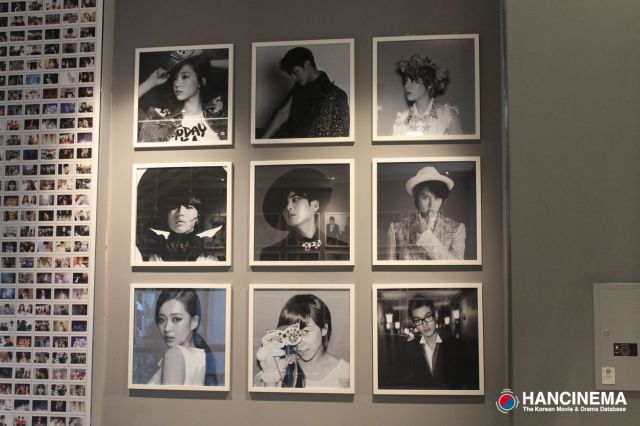 S.M. Entertainment is one of the triumvirate of entertainment companies along with YG Entertainment and JYP Entertainment. Some of the most famous acts in K-pop are housed under S.M. such as my personal bias SHINee as well as Girls' Generation, Super Junior, f(x), EXO, Red Velvet, BoA, and TVXQ. This list is by no means inclusive of the immensely talented acts found under the S.M. name. Many of the members have been spotted in dramas and films. And some people represented under S.M. are not musicians, but actors such as Go Ara and Kim Min-jong.

But I digress. S.M. Entertainment created SMTown at Coex Artium, which is literally next store from the famous Coex Mall. The six-story space that opened on January 14, 2015 is dedicated to showing fans every aspect of the SMTown artists they know and love. As an SMTown fan, I was quite excited to head into the K-pop consumer's paradise. 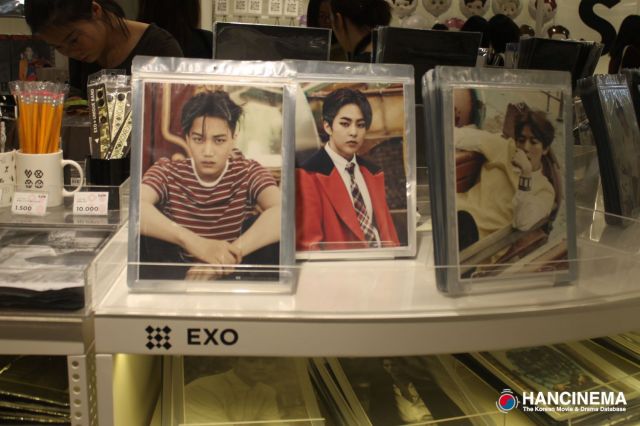 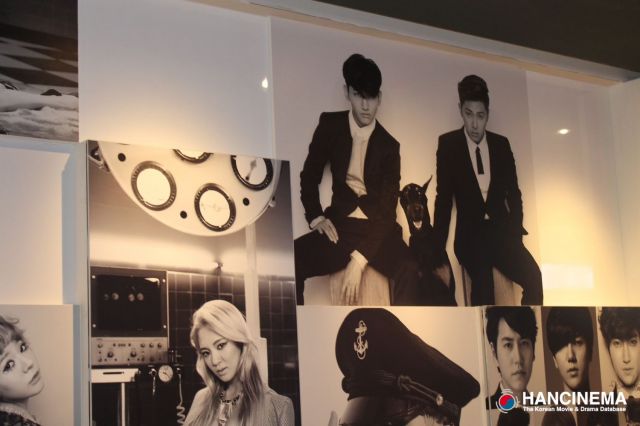 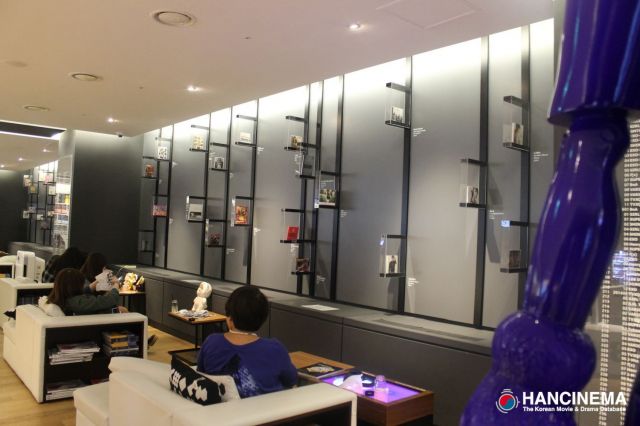 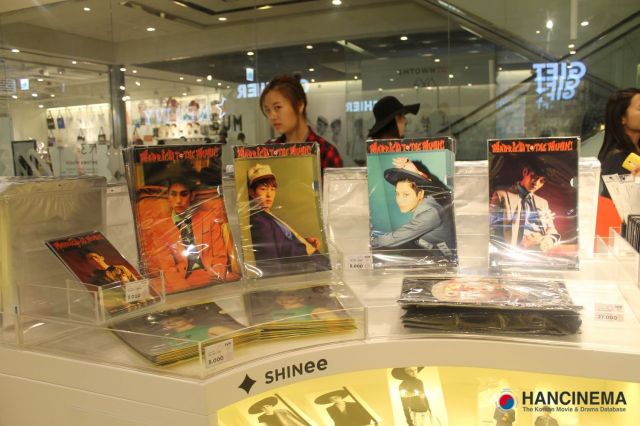 Here is a listing of the floors and what they offer:

B1 - This is the connection to the adjacent Coex Mall

Before entering, Korea Joa 2015 was greeted by wall to ceiling logos of the biggest and brightest of S.M. artists. Through the sliding glass doors was an escalator that winds from floor to floor, first to sixth. The corridors along the escalator are full of life size, and indeed larger than life-size, portraits of SHINee, EXO, Girls' Generation, and more. Every wall and device is plastered with imagery and can be overwhelming to the non-fan.

The second floor is home to the Sum shop, which organizes its gear by idol group and merchandise type. It was exorbitantly priced, but that didn't stop neither me nor other fans from purchasing gifts and souvenirs such as photobooks, posters, hats, and more. I walked away with a bagful of goodies, some of which were for my sister and fellow SHINee fan waiting for me back in the States.

On the third floor was an area I would like to visit in the future. It's a studio that allows one to experience a day in the life of a star. Dance classes, recording sessions, hair & makeup, photo shoots, and video shoots are all offered for those with the cash flow to make their dreams a reality. 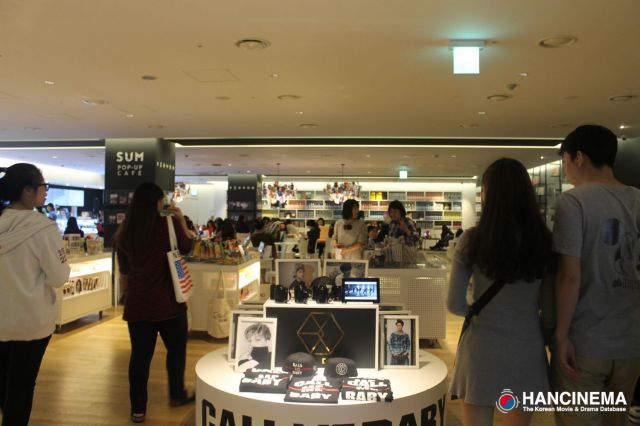 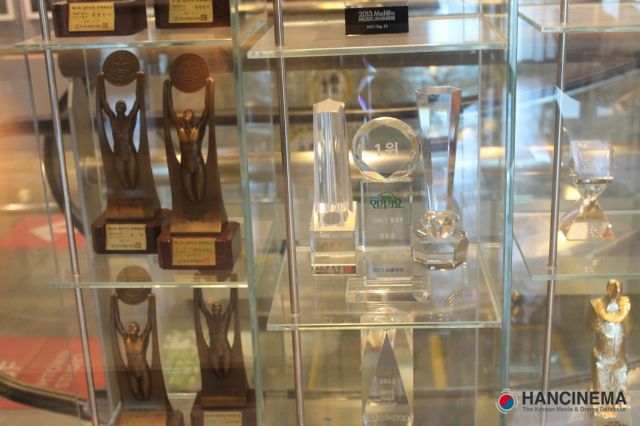 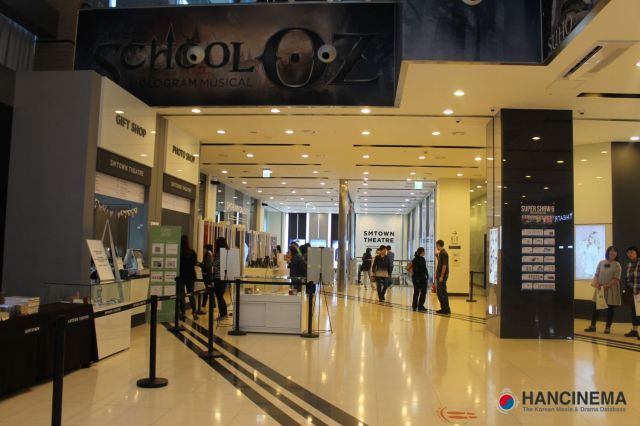 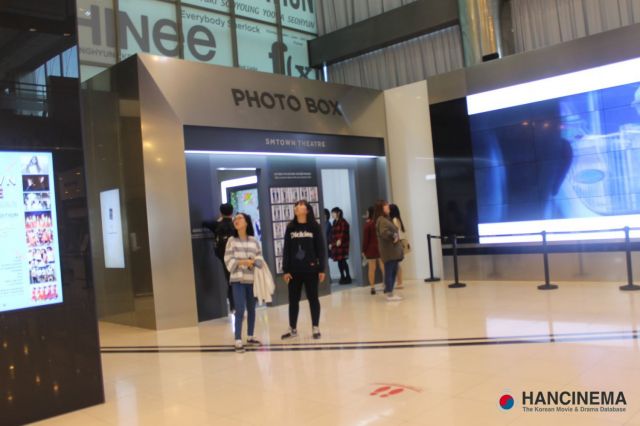 Even the fourth floor cafe was K-pop themed with drinks and food items named after famous songs and idols. Merchandise-lined tables were smartly placed around the artfully and streamlined cafe. It is quite the ingenious setup, completely geared towards consumer spending. One cannot turn without being presented with goodies and good-looking idols.

The fifth and sixth floors are geared towards consumer experience as well. There is a hand print matching booth that matches fans' handprints with those of the stars - I was a dead ringer for Key from SHINee. In the same area, the two story hologram theater teased me because I did not have enough time to visit. On my way between the two theater floors I did get to peruse the wall of lifesize posters

If you're an S.M. fan, this is definitely a place to visit when in Seoul. It's very obvious in its efforts to please, but please it does. S.M. is a big name for a reason, and my SHINee devoted heart very much appreciates it. 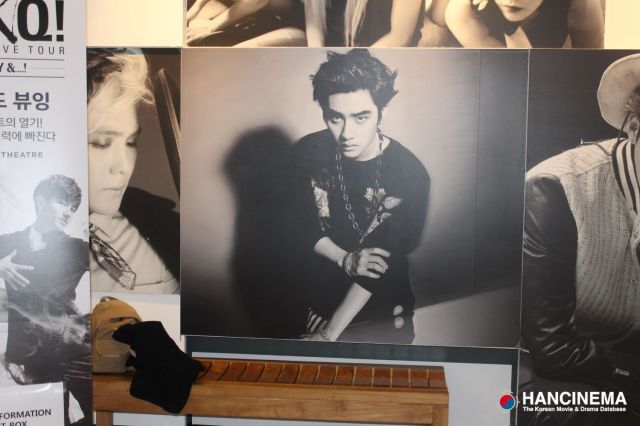 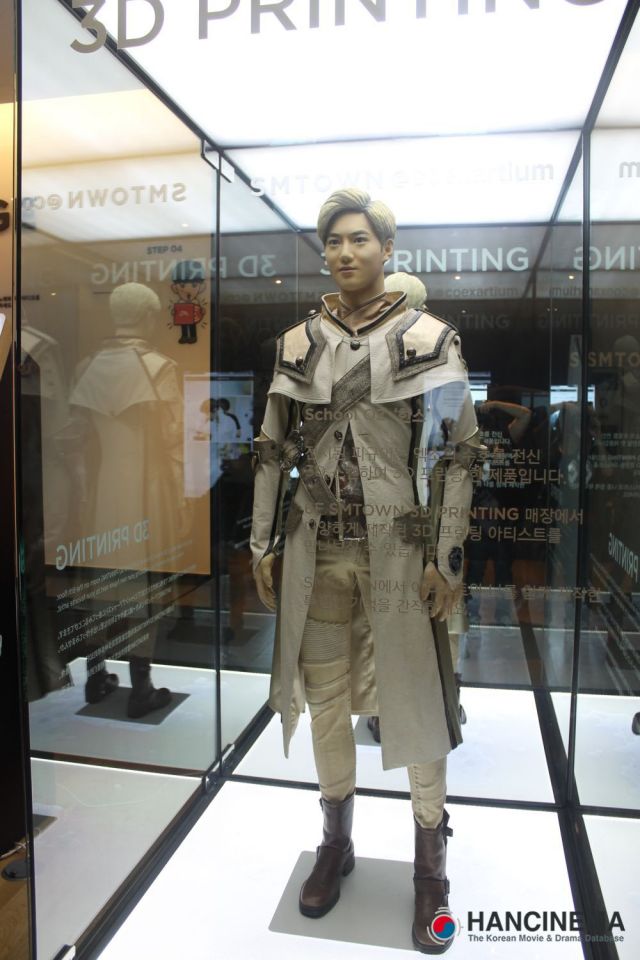 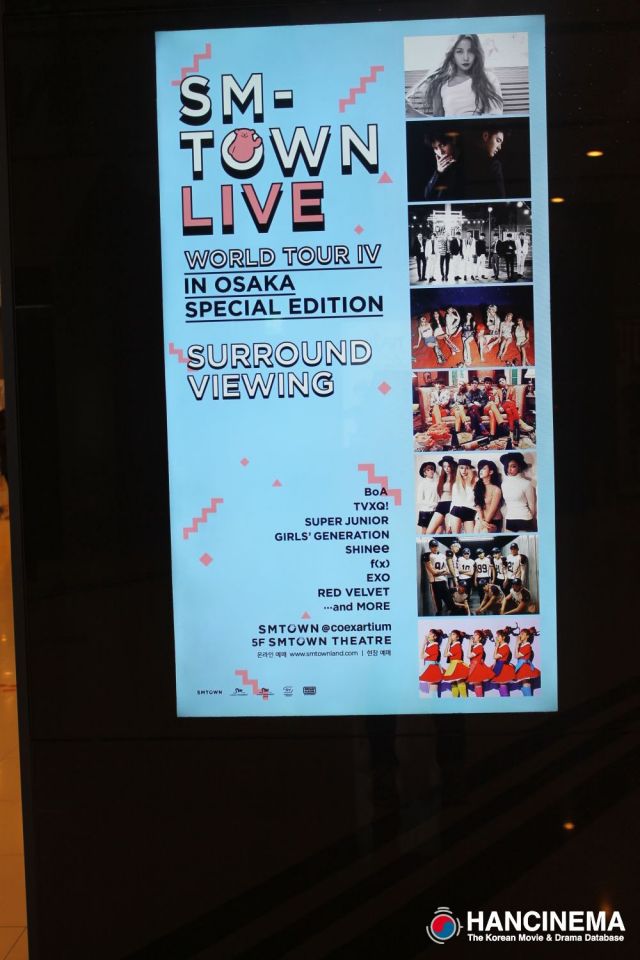 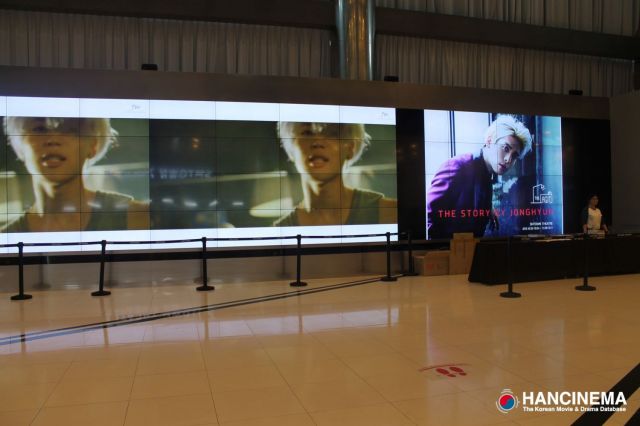 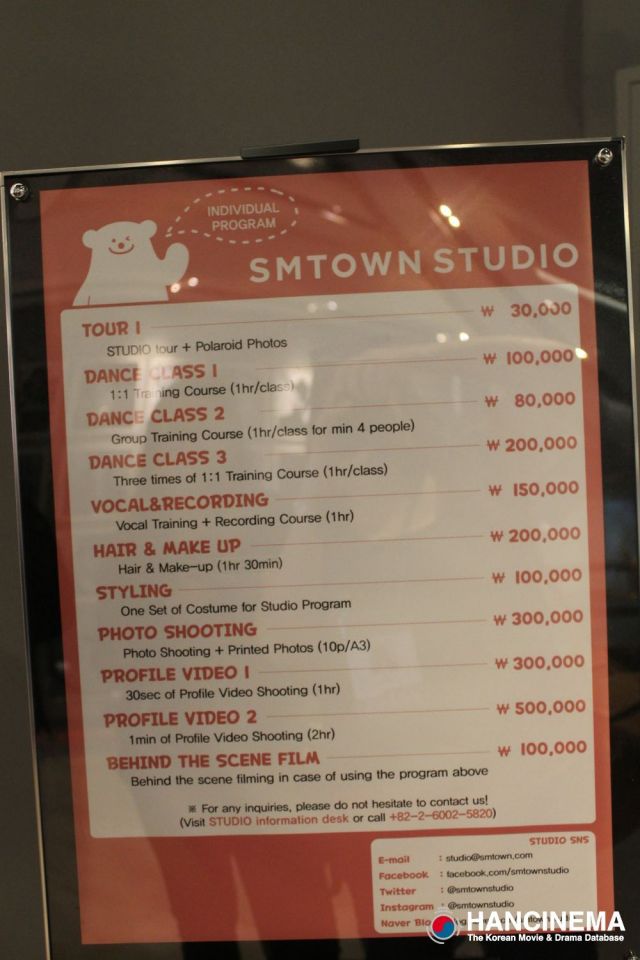 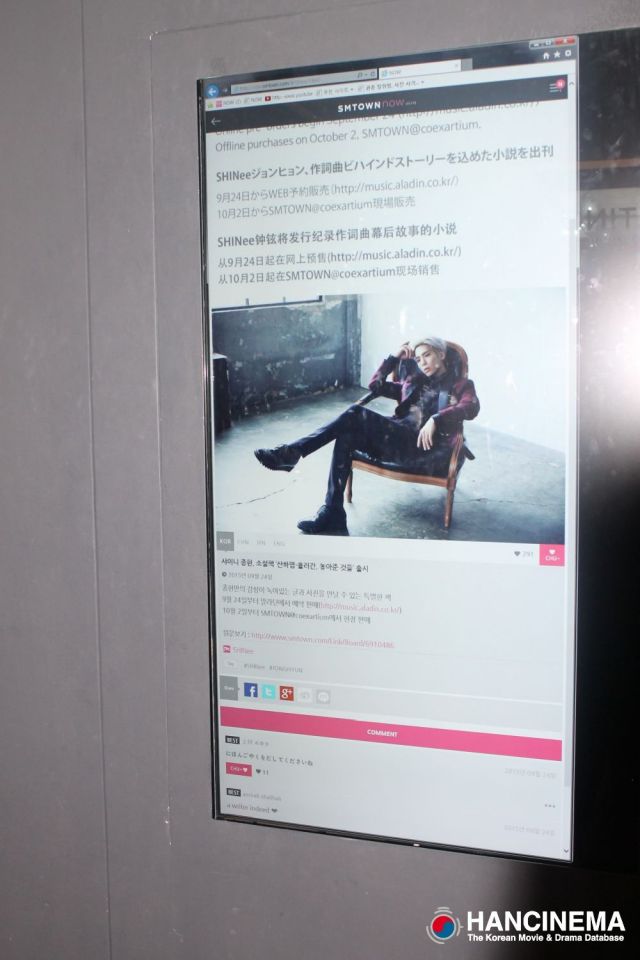 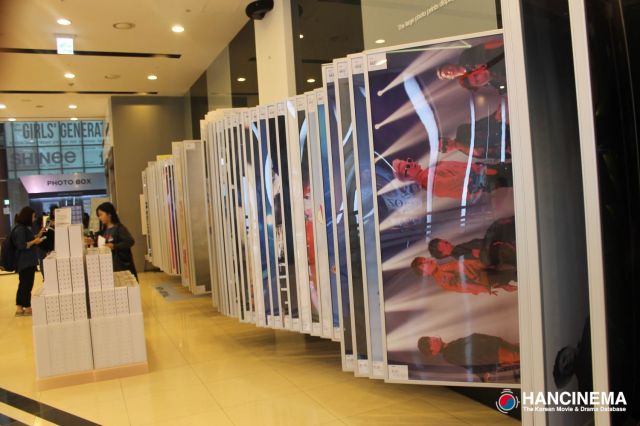 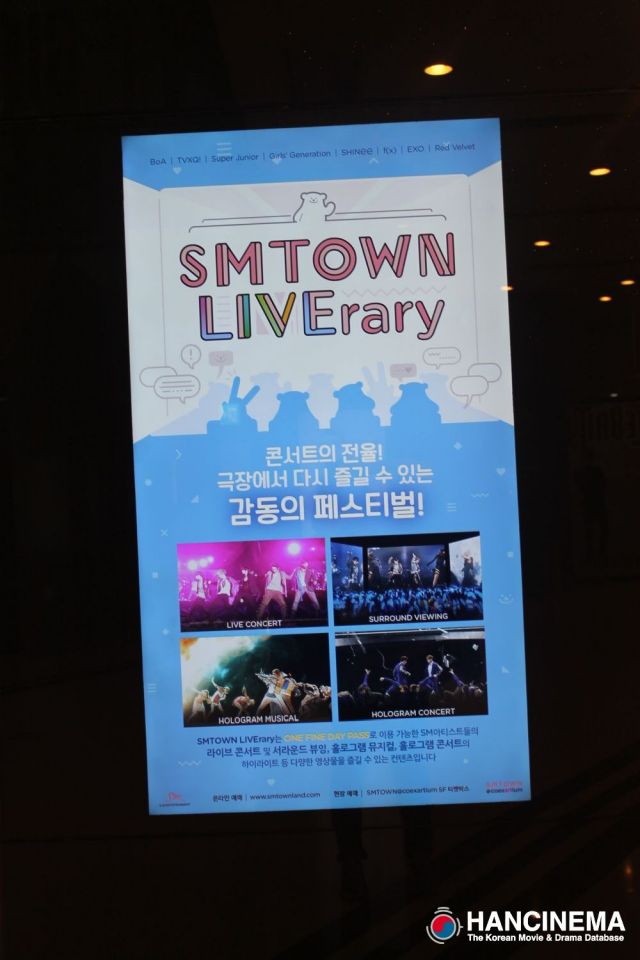 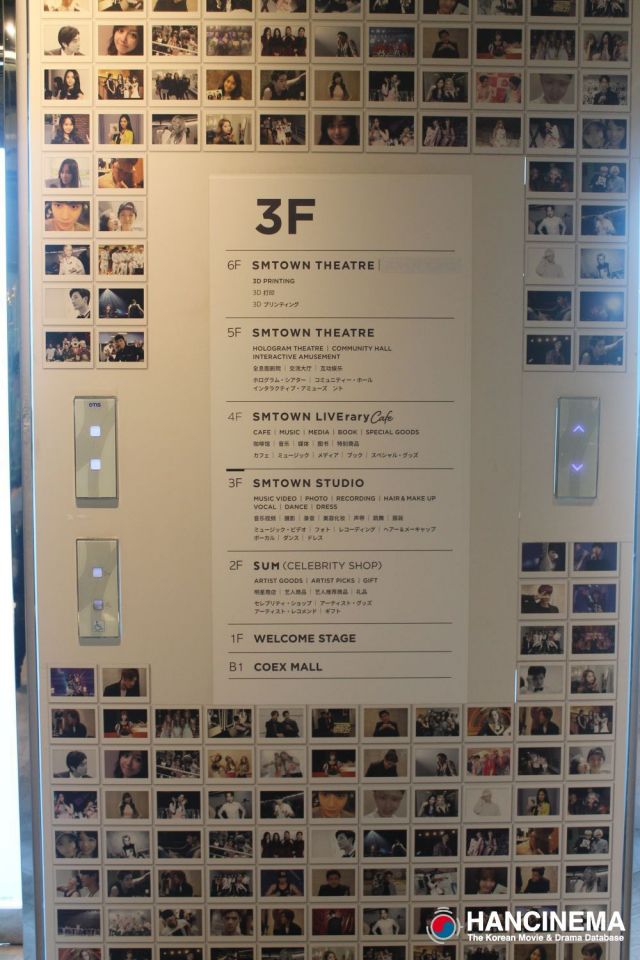