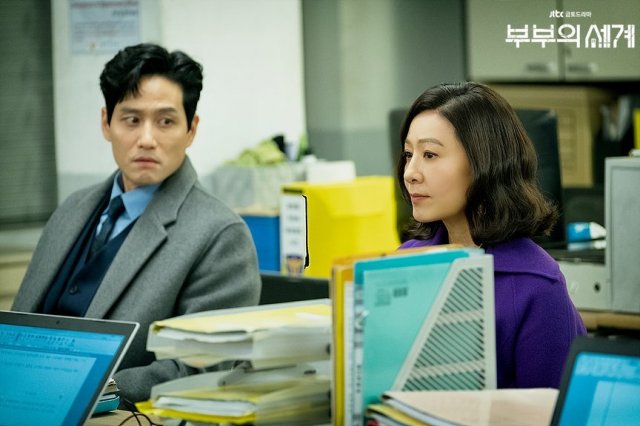 "The World of the Married" has shown a similarly strong performance in regards to its performers. Lead actress Kim Hee-ae, by far the most famous member of the cast, once again held the top stop for social media mentions in regards to an actress. Lead actor Park Hae-joon held second place, while second lead actress Han So-hee held fifth place.

Relative to previous weeks this is an improvement for Park Hae-joon and a decrease for Han So-hee, most likely commensurate with their focus in the story. Park Hae-joon showed surprising agency with a shocking kiss-centered cliffhanger at the end of the drama's eleventh episode, while Han So-hee's character struggled to maintain his character's attention in light of developments related to his first family. "The World of the Married" airs on Friday and Saturday nights on jTBC.

"[HanCinema's News] "The World of the Married" Leads for Sixth Straight Week in Good Data Report"
by HanCinema is licensed under a Creative Commons Attribution-Share Alike 3.0 Unported License.