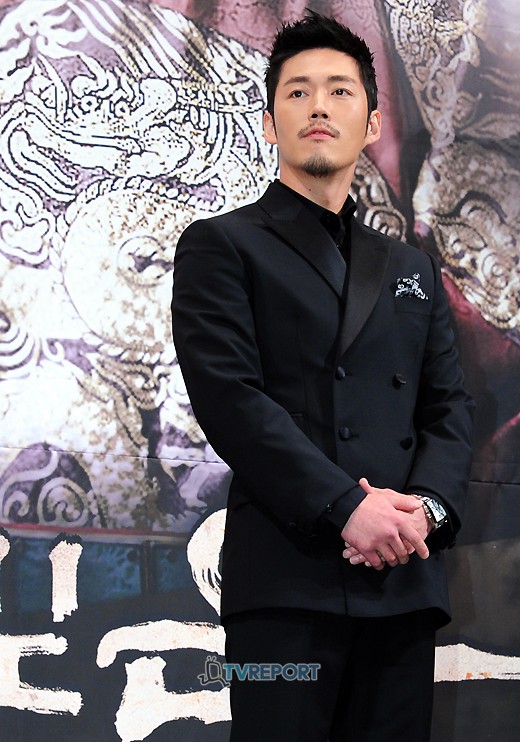 Jang Hyuk from SBS TV drama "Deep-rooted Tree" will be on the SBS talk show "Healing Camp" on October 10th.

He surprised everyone around him as he was making hot dogs for the MC's by saying that he made more than 20 hot dogs everyday for the fans to alert them that he was still around.

He continued, "Many people back then said I don't have a chance but I managed to survive in the management by making hot dogs everyday".

Jang Hyuk also said, "Jun Ji-hyun and GOD also got taller by eating my hot dogs". The Recipe will be revealed through the TV program.

""Healing Camp" Jang Hyuk, "Jun Ji-hyun and GOD got taller by eating my hot dogs""
by HanCinema is licensed under a Creative Commons Attribution-Share Alike 3.0 Unported License.
Based on a work from this source