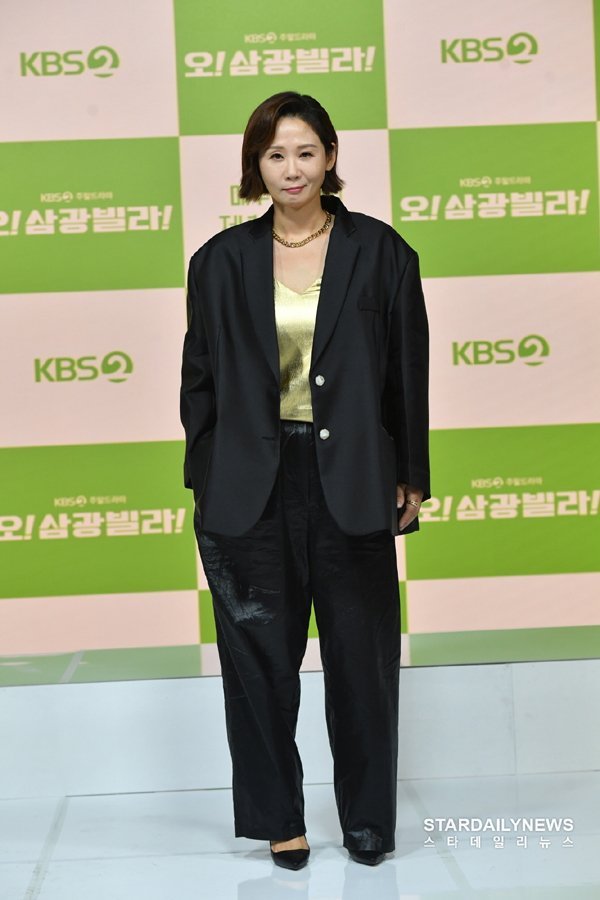 'Scene-stealer' is not enough to explain Kim Sun-young. With her wide spectrum of acting that goes back and forth between a wide variety of characters, she has established herself as the best scene-stealer to capture the hearts of the public.

In 2020, Kim Sun-young presented a truly necessary performance that makes the public laugh, cry and move in various works, which is no exaggeration to say that she is a working like a cow.

She played the role of the drama's licorice as Na Wol-sook, the North Korean version of a good housewife in "Crash Landing on You" which was hugely successful drama. In "Hospital Playlist", she appeared as a patient and completed a good example of her special appearance by making viewers burst into laughter.

She played Goo Ja-sook in "Kkondae Intern", making a strong transformation, taking off her modest image and catching the audience's eye with her colorful costumes and makeup. She played a villain who shows obsession with power and was responsible for the drama's tension.

In "Backstreet Rookie", she played Gong Boon-hee, a tough mother who sets out to make ends meet for her family. She is a snappy character but lives a tiring life thanks to her husband who brings their home to the ground with debt, a daughter who is married but financially dependent on her mother and a son who quits his normal job and opens a convenient store.

In the weekend drama "Homemade Love Story", which has recently recorded high ratings and has drawn attention, Kim Sun-young plays Lee Man-jeong who becomes a physician with her sister's help. Although she looks like a tough workaholic, she is actually a hopeless lover who is playing hard to get, with trot singer Kim Hwak-se (In Gyo-jin).

Kim Sun-young, who works extremely hard in drama, is also drawing keen attention for her two recent movies. "Three Sisters" which was officially invited to the 'Panorama' section of Today's Korean film at the Busan International Film Festival in late October, is drawing keen attention. "Three Sisters" in which Kim Sun-young, Moon So-ri and Jang Yoon-ju collaborate as sisters, tells the story of three sisters living in different lives, seemingly ordinary but with memories that shake up everything. It was also selected as the Jeonju Nemma Project 2020. Kim Sun-young takes on the role of the first sister Hee-sook, sending a deep wave to the hearts of the audience with her solid acting.

In the movie, "The Day I Died: Unclosed Case" which will be released on November 12th, Kim Sun-young also heralds an eye-catching performance. "The Day I Died: Unclosed Case" depicts a girl who disappeared to the edge of a cliff leaving behind a suicide note, a detective who tracks events at the edge of life, and a silent witness who reaches out to them, their respective choices to survive. Kim Hye-soo, Lee Jung-eun, and Roh Jeong-eui, the icon of veteran acting, are at the center of the movie, drawing keen attention by capturing the invisible solidarity of women on the brink of life.

Kim Sun-young plays the role of Min-jeong, a close friend who consoles Hyeon-soo (played by Kim Hye-soo) who is in a situation where her life she believed in is shaking. It is receiving positive reviews for showing perfect chemistry with Kim Hye-soo and sincerely expressing the emotions of the character who does not hesitate to give realistic advice, filling the work with abundance and adding to the sense of immersion in the narrative.

"Kim Sun-young Becomes An Ever-changing Scene-stealer"
by HanCinema is licensed under a Creative Commons Attribution-Share Alike 3.0 Unported License.
Based on a work from this source