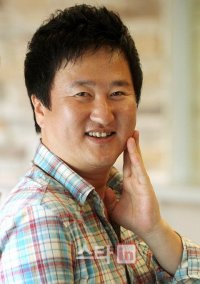 Born in 1970, Seoul, LEE graduated from the Seoul Institute of the Arts. He started his film career working with famed directors LEE Myeong-Se and PARK Jong-won. Later, he briefly worked as a TV producer, but, unable to quench his love for the cinema, he soon returned to the film scene. In 2004, he made his directorial debut with < The Guy Was Cool >.