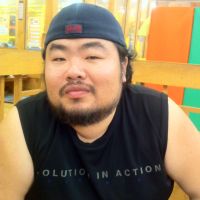 Since his short film "Contradiction" (2005) was invited to the critics week at Jeonju Int'l Film Festival, he has worked in the film industry as well as theatrical plays and musicals. He directed plays including "Truethiness" and "Moral Family", and wrote a script for the play "Monster". He also wrote scenarios for feature length films, and "Communication an Lies" (2015)is his directorial debut.