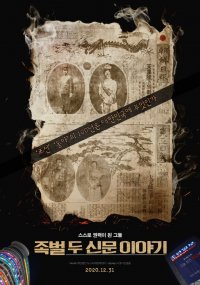 Chosun Ilbo and Dong-A Ilbo, which celebrated their 100th anniversary in 2020, boasted that the past 100 years were a history of resisting Japanese colonial rule and resisting dictatorship. But are they really proud of their history? The Chosun Ilbo and Dong-A Ilbo posted photos of the Japanese emperor and his wife on the front page of the newspaper every major anniversary of Japan's colonial rule on Japanese colonial era. The Chosun Ilbo was as loyal to the Japanese as it was to the authorities of the Japanese Government-General of Korea. However, the two newspapers have been claiming that they have resisted Japan since its liberation. Even under the dictatorship, the two newspapers were on the side of new power. They defended Park Chung-hee's May 16 military coup d'état, Yushin Constitution, and the declaration of martial law. On the other hand, reporters who fought against the oppression of the media by the dictatorship kicked them out with disciplinary action and dismissal. Under Chun Doo-hwan's dictatorship, his flattery toward power in Joseon and East Asia has become even worse. While claiming Chun Doo-hwan as "a traitor of the new era" and "a leader of the new era," he accused the Gwangju Uprising of "violence" and "scheming of the rebellious." In an attempt to rectify the power of the media, the Roh Moo-hyun administration constantly attacked when they announced it would reform the vested media.

What would the two newspapers, Chosun and Dong-A, look like in their 100th anniversary? The Chosun Ilbo and Dong-A Ilbo owners have huge real estate holdings across the country. It is the fourth generation of media giants with dozens of affiliates. The government is also recklessly making money for various types of people who ignore journalistic ethics. They published a series of articles that destroyed readers' trust, wrote promotional articles with money from companies and pseudo-religious groups, and constantly ran advertisements for Liberation Day rallies by far-right groups during the COVID-19 pandemic.

The 100 years of history of the Chosun Ilbo and the Dong-A Ilbo show that wrong press can be a social weapon.

View all 18 pictures for "Nepotism - The Story of Two Newspapers"

Nepotism - The Story of Two Newspapers | Videos | Suggest a video

Nepotism - The Story of Two Newspapers | Links | Suggest a link