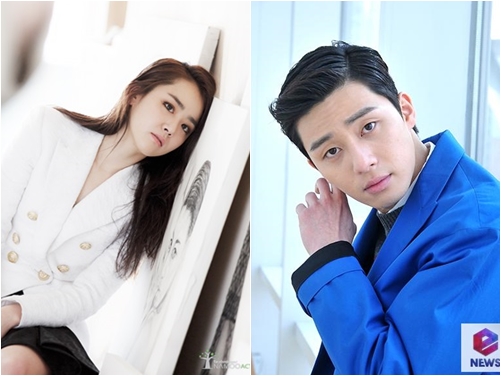 Will Moon Geun-young and Park Seo-joon couple up in drama "A Chaebol's Daughter"?

If Moon Geun-young accepts the offer, she will play Jang Yoon-ha, who works in a food market although she is a daughter of a chaebol. Park Seo-joon will play Choi Joon-gi, an assistant manager working for one of affiliates by Moon Geun-young's chaebol company.

Producer Choi Yeong-hoon of 'Five Fingers' and writer Ha Myeong-hee of 'Can We Get Married?' pulled together to work on this new drama. "A Chaebol's Daughter" will be aired after the completion of 'Heard It Through the Grapevine'.

"Moon Geun-young and Park Seo-joon are in talks for 'A Chaebol's Daughter'"
by HanCinema is licensed under a Creative Commons Attribution-Share Alike 3.0 Unported License.
Based on a work from this source