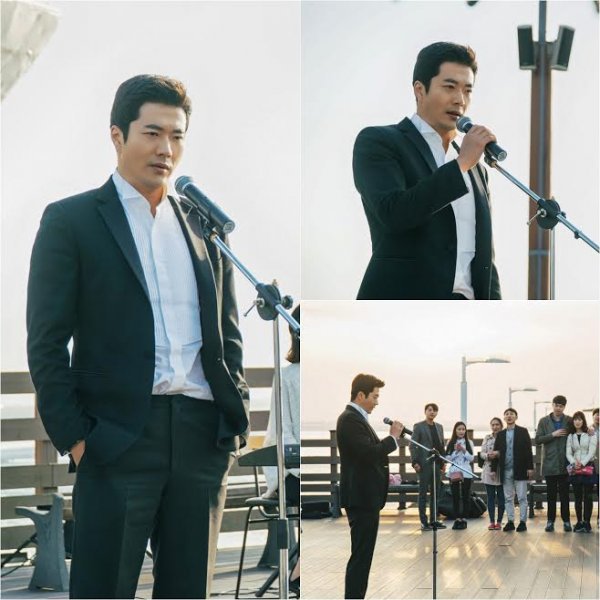 Pictures of Kwon Sang-woo holding a microphone in front of many people came up from the KBS 2TV drama "Queen of Mystery".

Choi Kang-hee told Kwon Sang-woo that Jeon Soo-jin was going to get kidnapped and if he didn't hurry, she'd be in real danger. Standing in front of the mic stand, Kwon Sang-woo looks deep in thought.

In the picture, Kwon Sang-woo is busking as the lead vocal near a beach. He looks too serious to simply say he's singing.

Some are anticipating hearing Kwon Sang-woo's singing of the OST that they've heard through the drama.

""Queen of Mystery" Kwon Sang-woo goes from wild detective to busking singer?"
by HanCinema is licensed under a Creative Commons Attribution-Share Alike 3.0 Unported License.
Based on a work from this source