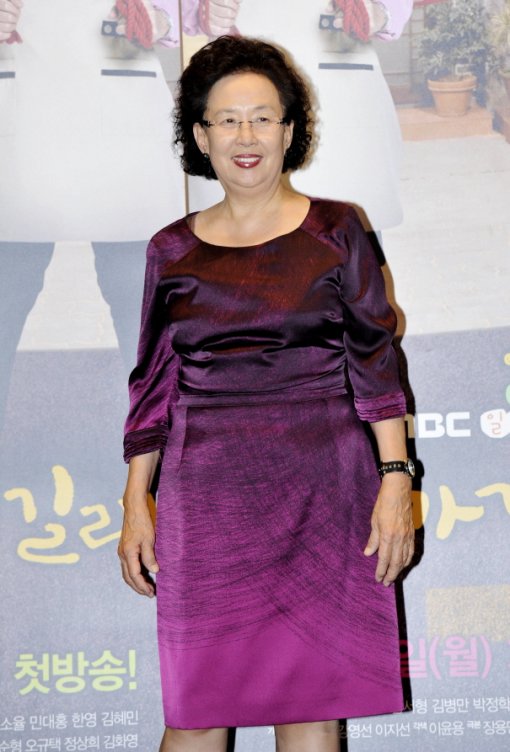 Mother in "Rascal Sons" and "What Is A Mother"

"Passion and energy despite age...role model"

Na Moon-hee has been one of the busiest actresses at the part of this year. She is currently starring in the MBC weekend drama "Rascal Sons", daily sitcom "What Is A Mother" and SBS weekend drama "Five Fingers".

Viewers are seeing her everyday of the week practically. However, there's nothing to be tired of. She's pulling off all the characters perfectly.

She is a mental support for her immature three sons and her husband in "Rascal Sons". She has charisma and leadership but she cries and laughs because of her family. She takes on the role of a mother who's raised her children without a husband in "What Is A Mother". She also plays the role of an Alzheimer's patient in "Five Fingers" but she's got what it takes.

Na Moon-hee has also planned her projects for next year. She is going to be in the family drama "Gold, Appear!".

Drama spokespeople say, "She's full of energy and passion despite her age. She's becoming a role model for the younger actors and actresses".

"71-year-old Na Moon-hee's peak "
by HanCinema is licensed under a Creative Commons Attribution-Share Alike 3.0 Unported License.
Based on a work from this source