Court Rejects Injunction Against the Airing of "Save Me 2" 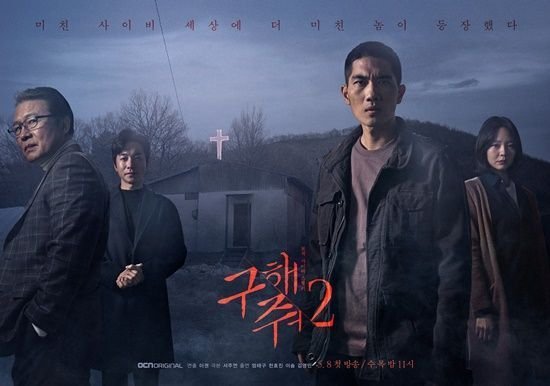 The court refused to accept the request for an injunction to ban the broadcast of OCN drama "Save Me 2" by the Christian Council of Korea.

The Seoul Central District Court rejected an injunction filed by the CCK against Hidden Sequence and CJ ENM, which owns OCN, the broadcasting channel for "Save Me 2".

"Save Me 2" is the sequel to the first "Save Me" and it is about a village that falls for the wrong religion, and a group of people fighting it.

The CCK filed for an injunction in protest that the drama undermined the reputation of the CCK and infringed on freedom of religious activities by misrepresenting Protestants by misusing the ' cross ' and the value of ' belief '.

However, the court said, "Banning the airing of dramas and other acts of expression is a fundamental restriction on freedom of expression, and pre-restraint is not allowed in principle in light of the Constitution's intention to ban censorship. A reasonable viewer can fully recognize that it is a fictional drama about pseudo-religion rather than truly accepting the drama's contents".

"Court Rejects Injunction Against the Airing of "Save Me 2""
by HanCinema is licensed under a Creative Commons Attribution-Share Alike 3.0 Unported License.
Based on a work from this source