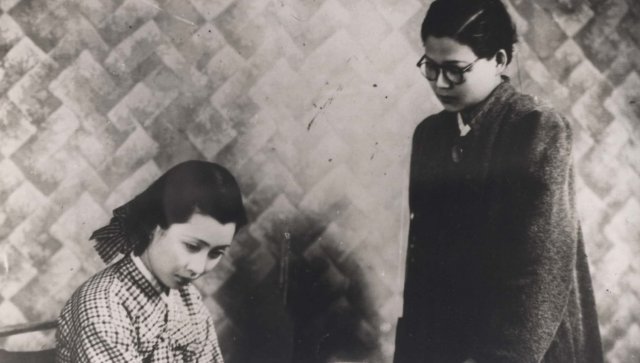 One of the first films to be shot under the 1940 Korean Film Law, "Spring of Korean Peninsula" was a box office success, as director Lee Byung-il managed to include the classic Korean folk story "The Story of Chunhyang" through a film-within-a film story, but also to incorporate all the elements the Japanese propaganda "suggested" through the aforementioned law.

The story revolves around the then film industry in Korea. As the film begins, producer Lee Yeong-il is trying to finish a film based on "The Story of Chunhyang", when an old friend of his introduces him to his little sister, Jeong-hee, who has come to the city from the country wishing to become an actress. Lee cannot find a slot for her in the movie, but he gets her a job in a record company, whose owner is also funding the movie. Inevitably, Yeong-il and Jeong-hee fall in love, and the girl's fate seems to become even better when Anna, the protagonist of the film, abandons the production complaining for her lack of pay, and she takes her place. The girl proves to be very talented apart from very beautiful, and soon attracts the interest of the owner of the record company. When she turns him down, he withdraws his funding from the film, leaving director Heo Hoon and Yeong-il desperate. The latter turns to embezzlement in desperation and is thrown in jail.

Lee Byung-il follows the rules of the melodrama, which, in combination with the presence of the always popular for nationalistic reasons "Story of Chunhyang" (plus the fact that costume-dramas were always popular in Korea) end up in a very entertaining film that was bound to be a commercial success in the country. Furthermore, the presentation of the film-within-the-film is excellent, also highlighting Yi Young-woon's editing, as is the depiction of the era and the circumstances of the movie industry and everyday life overall. This last part benefits the most by Yang Se-ung's cinematography, who succeeds in portraying the many different settings of the film (from film sets and studios to houses and even the police precinct) with artistry and realism. 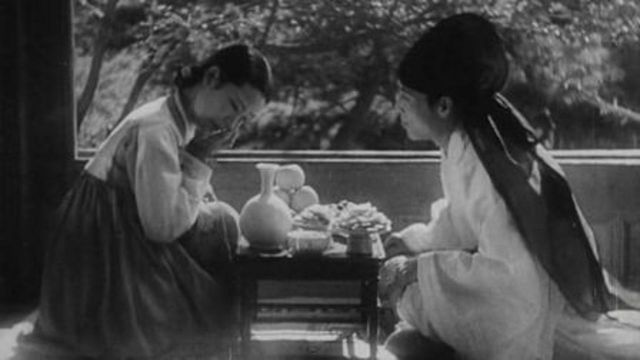 However, it is in context that the movie really thrives, since the comments Lee Byung-il managed to include are many, intricate, and diverse. The inner problems of the movie industry at the time are the most obvious, with the lack of funding, the frictions between the directors and the stars, and the fact that co-producing with the Japanese was a one-way street, also for the "need" of the Japanese to be portrayed as some kind of heroes that save the day of the poor Koreans. In that last aspect, and although Lee seems to mention the presence of the Japanese (the movie included both Japanese and Korean (subtitled) dialogues) as something beneficial for the industry, he also makes a point of highlighting that the fact was not exactly "approved and accepted" by local artists. This comment had to be subtle, due to the Film Law, and Lee did a great job of depicting in exactly that fashion, mostly through small details or brief scenes featuring the director. The scene when the Japanese owner of the new film company announces in all glory that the new endeavors will focus on highlighting Korean and Japan as one nation has most of the members happy, but not all of them, with particularly the director being concerned rather than joyful. The fact that the equipment the Japanese movie studios have was not available to Koreans who had to struggle even in the co-production level is also mentioned, while the last scene, with the director's visage, also moves in that direction, with the character actually mirroring Lee himself throughout the story.

Furthermore, the tactic of the sponsor/producer in order to woe Jeong-hee, highlights a concept that, unfortunately, continues until our days, while the treatment of the actresses, and particularly Anna, are another pointy remark for the tactics of the industry. The same applies to Yeong-il's desperate efforts to fund the film, which result in him being arrested, very sick and even blamed after all this, for not being present in the aforementioned meeting or during the shooting of the film.

Lastly, the acting is also on a very high level. Kim Il-hae is excellent as the most tragic figure in the story, Yeong-il, while Kim So-young-II highlights both the country-bumpkin and the star elements of Jeong-hee equally convincing. Seo Wol-yeong steals the show as the director-main source of comments in the film and Lee Geum-ryong is truly memorable as the despicable sponsor-producer.

"Spring in the Korean Peninsula" is a very rewarding film even today, particularly as a sample of  how a director can work "underneath" official lines and a number of issues of the movie industry that still seem to torment it until our days.