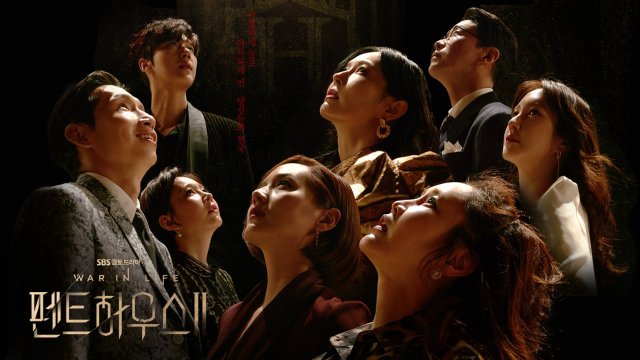 "The Penthouse 2" nearly had its streak in the Good Data Report beaten from a surprising source last week, the drama "Joseon Exorcist" which will not be making a return. But then, the two events are not mutually exclusive. "Joseon Exorcist" had a huge presence on social media over the fourth week of March for all the wrong reasons, with viewers bitterly angry over the fantasy drama's depiction of historical figures and its seeming pro-Chinese tilt in background details. 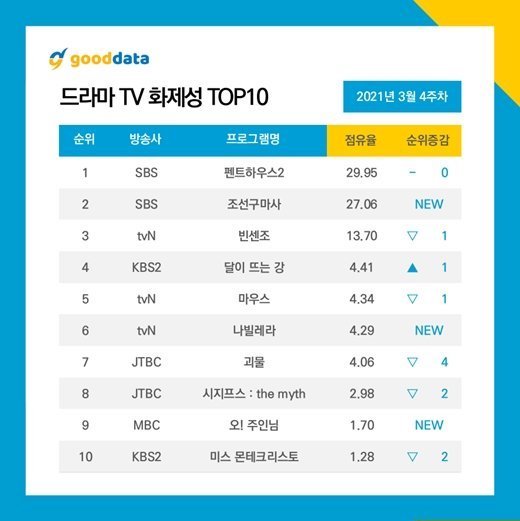 Nowhere was this tilt more evident than in the list for performers, which featured six from "The Penthouse 2" but none from "Joseon Exorcist" as the latter drama was not garnering attention for the performance of its actors. In terms of raw metrics "The Penthouse 2" only saw a slight decrease. "Vincenzo" likewise saw a slight increase. By and large "Joseon Exorcist" was an unusual social media topic as it appeared in places not normally known for discussion of television dramas. 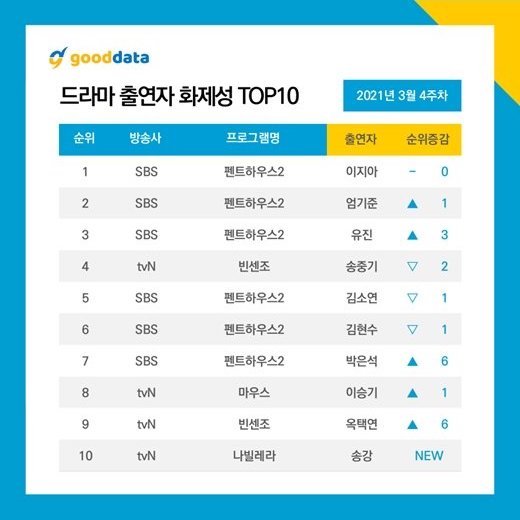 The more traditional historical drama "River Where the Moon Rises" had a slight uptick to fourth place on news that replacement actor Na In-woo would also refilm the departed Ji Soo's scenes in the first six episodes for rebroadcasts. The investigative criminal drama "Mouse" was right behind it in sixth place. The top five performers were Lee Ji-ah, Uhm Ki-joon, Eugene, and Kim So-yeon of "The Penthouse 2" in first, second, third, and fifth place, while Song Joong-ki of "Vincenzo" was fourth place.