Lee Ji-ah, Kim So-yeon and Eugene in Character Posters for "The Penthouse" 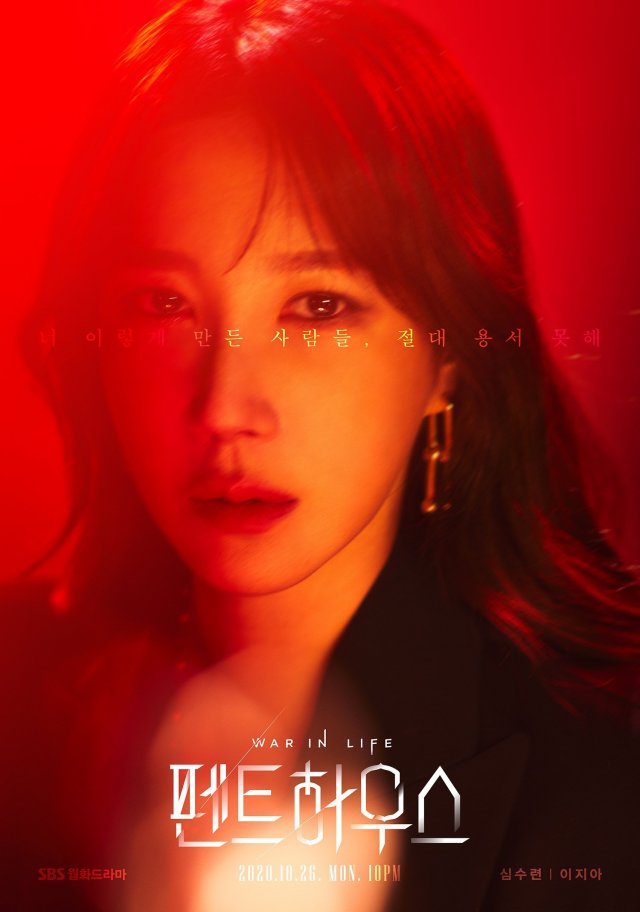 Standing under the intense red light, Lee Ji-ah's character of Shim Soo-ryeon is staring at the front with her eyes filled with sadness and anger at the same time. They also express the blood-red vengeance that burns with the words "Those who made me do this, I will never forgive you". It is raising questions about what story Queen Shim Soo-ryeon, who has everything, might be hiding. 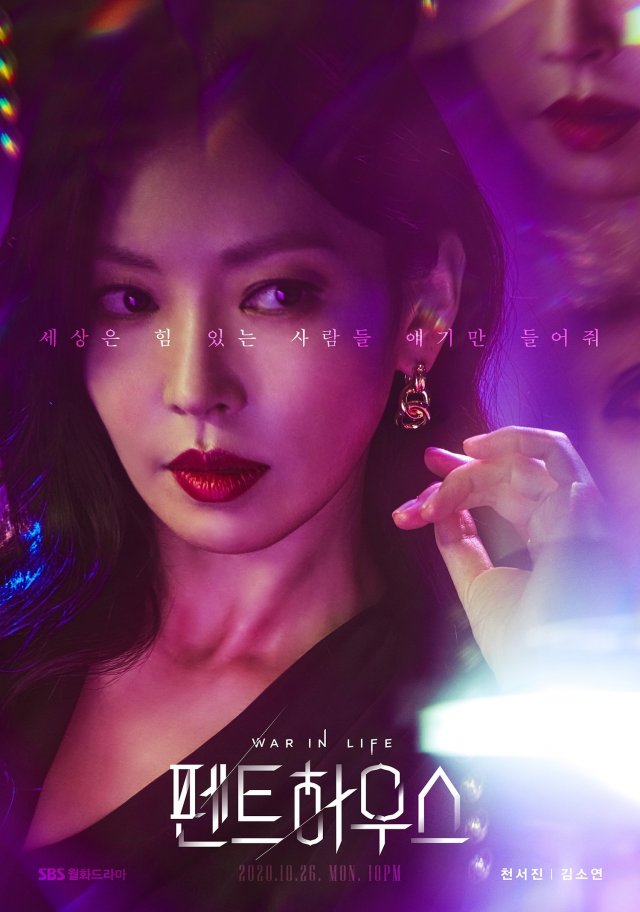 Kim So-yeon, who plays Cheon Seo-jin, who creates extreme tension with her colorful accessories and seductive red lips amid the cold purple color light, gives a lewd look that seems to covet other people. The phrase, "The world only listens to powerful people", adds to this, giving a glimpse into Cheon Seo-jin's life covered with twisted desires and vanity. 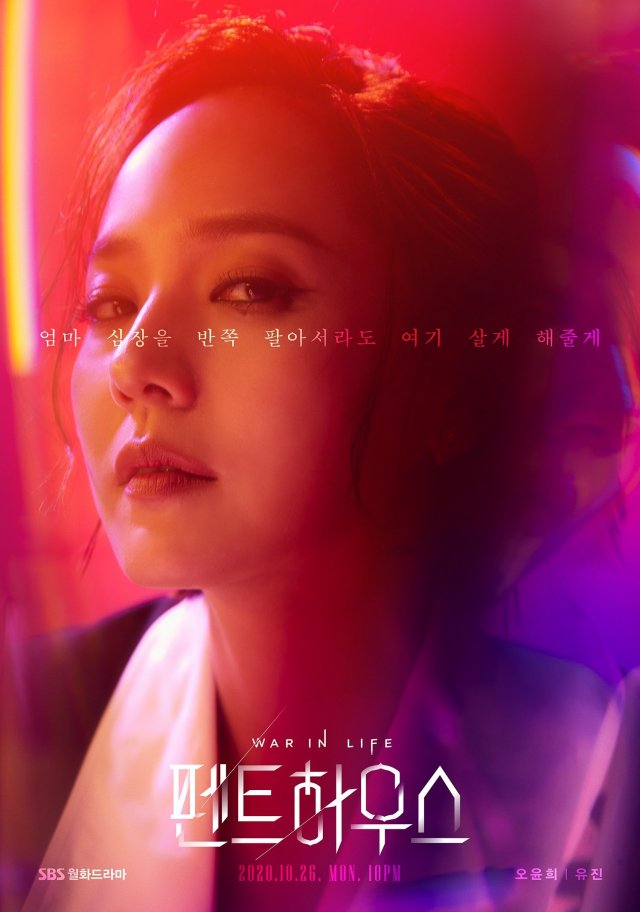 Finally, Eugene, who plays Oh Yoon-hee, who is surrounded by a mix of red and purple lights, is giving a sharp look with a wistful blue look. With the phrase "I'll let you live here even by selling my heart in half", it conveys strong aspirations and eerie, stimulating curiosity about how Oh Yoon-hee's life will run toward desire.

"Lee Ji-ah, Kim So-yeon and Eugene in Character Posters for "The Penthouse""
by HanCinema is licensed under a Creative Commons Attribution-Share Alike 3.0 Unported License.
Based on a work from this source