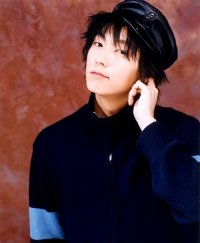 Actor Lee Joon-gi was reportedly scammed in Taiwan. Lee's agency Mentor Entertainment said that a local concert producer fled with the money for arranging a fan meeting and concert just two days before the scheduled show on September 26th. The disappearance of the Taiwanese producer jeopardized the entire concert, but Lee's Korean agency paid for the concert venue and was able to proceed with the show as planned. Lee was particularly adamant about going ahead with the show, as he promised to hold the event with his Taiwanese fans from a year ago.

Lee met with more than 3,000 of his local fans and thanked them for coming to the show despite the unfortunate incident. Lee left for Thailand the next day and attended a photo book launching event before returning to Korea on Monday. Lee's next project is a TV drama named "Hero - Drama" in which he plays a driven reporter.

"Lee Joon-gi Scammed in Taiwan"
by HanCinema is licensed under a Creative Commons Attribution-Share Alike 3.0 Unported License.
Based on a work from this source